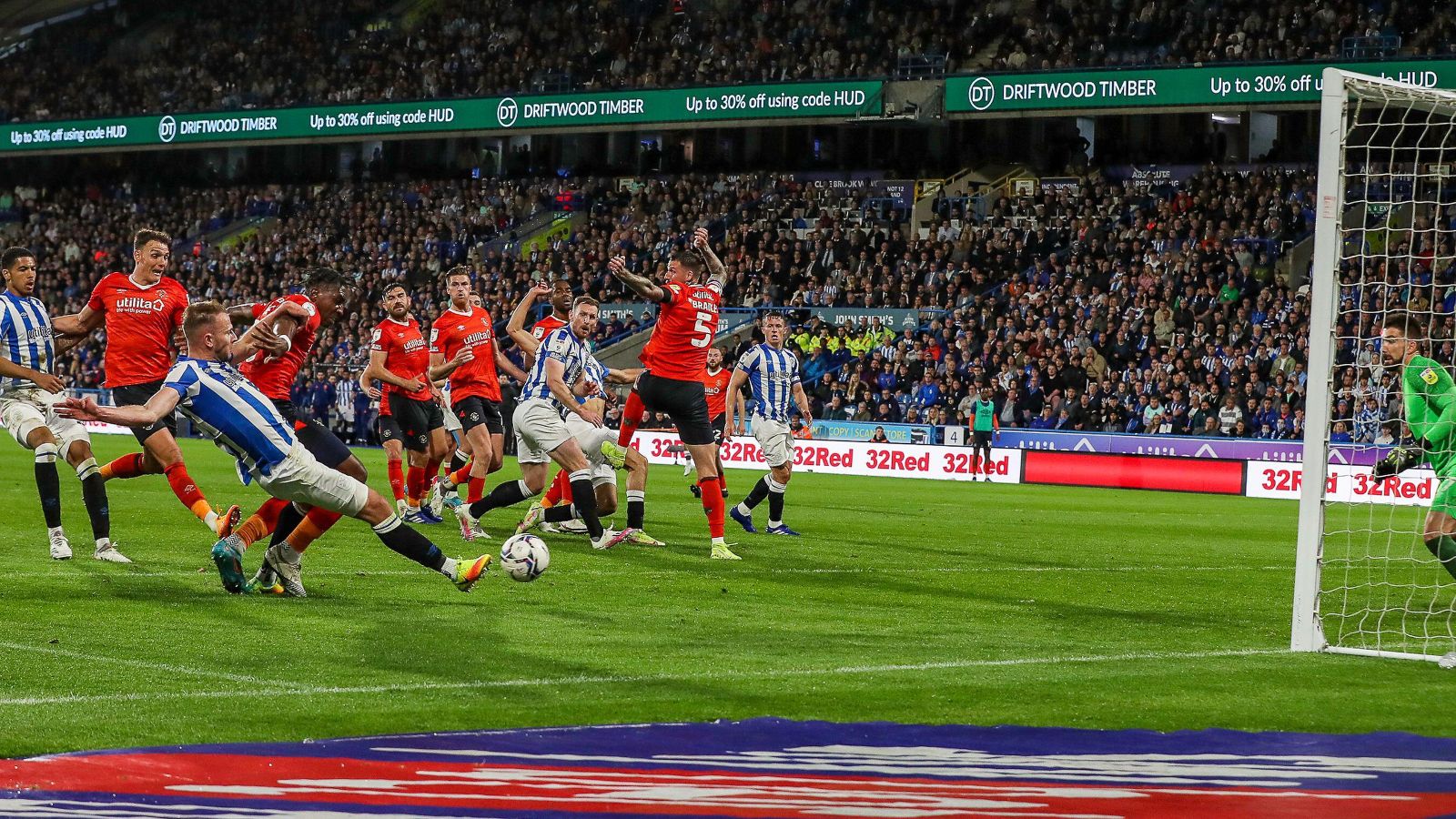 Rhodes came on for Danny Ward before the break. He stole in at the far post to edge Huddersfield a step closer to a return to the Premier League.

Whisper it but was the supposedly exciting Championship a bit sh*t this season?

This will be tough for Luton Town to take, as they were the better side for large portions of the second leg at The John Smith’s Stadium.

But Huddersfield goalkeeper Lee Nicholls made several telling saves and Rhodes’ goal-poaching instincts proved the difference as the Yorkshire side booked their place in the Wembley final against Nottingham Forest or Sheffield United on May 29.

Luton, bidding to complete a remarkable rise from the National League to the Premier League in eight years, created the tie’s first clear opening.

Nicholls then spilled a long-range shot from Robert Snodgrass and while Huddersfield hogged the early possession, they had to wait until the 19th minute for their first effort on goal when Ward headed over.

Luton appeared to have taken control when Nicholls saved well again from James Bree’s curling shot just after the half-hour mark, but were then indebted to goalkeeper Matt Ingram.

As in the first leg, Luton shaded the first half before Huddersfield lifted their fans in a full house by forcing a corner soon after the restart.

But the Hatters were first to threaten in the second period when Amari’i Bell headed Allan Campbell’s cross over.

Terriers boss Carlos Corberan sent Sorba Thomas on for Danel Sinani with half an hour to play and the substitute’s superb free-kick was headed home by Tom Lees, but referee Peter Bankes had already blown for a foul.

Luton’s Huddersfield-born forward Cameron Jerome replaced Danny Hylton soon after and from his pass Cornick’s angled shot was kept out by Nicholls.

Huddersfield were then denied what appeared to be a clear penalty in the 77th minute.

Ingram made a scrambling save and after fumbling the ball he clearly impeded Toffolo as the keeper attempted to retrieve it, but referee Bankes was unmoved to the fury of the home support.

Huddersfield’s grievance did not last long. Thomas curled an excellent free-kick to the far post and Rhodes got behind Bell to turn the ball home with eight minutes remaining.

The home side, relegated from the top flight in 2019, held on without incident and when Bankes charged for the tunnel while blowing the final whistle, Terriers fans raced on to the pitch in celebration.