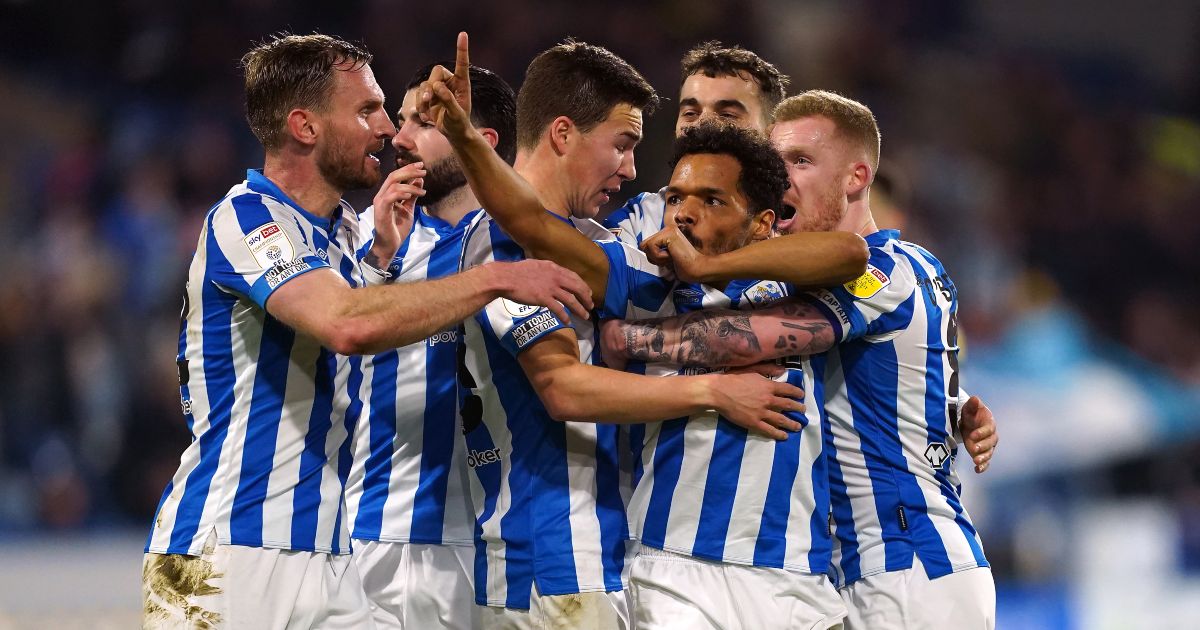 When it comes to this season’s Championship promotion race, a case can be made for more than a handful of second-tier sides to stake a claim for a spot in the Premier League. Despite being in the upper echelons of the table for almost the entirety of the campaign, Huddersfield Town are rarely mentioned in such conversations.

Being the unfancied dark horses has suited the Terriers nicely in recent history, with David Wagner’s sexy, globally sourced side storming through the play-offs and to a maiden Premier League campaign in the summer of 2017. Five years later, it appears lessons have not been learned when it comes to judging Huddersfield’s credentials for potential promotion.

But this is a very different side, team and indeed club, from the one which last earned promotion before what has been a difficult half-decade for the Terriers. Two seasons of struggle in the top flight were followed by a couple of campaigns that produced little more cheer in the Championship. Head coach Carlos Corberan had seemed like a better idea in principle than reality after a first season of mediocrity.

Now, while a host of teams with more obvious strengths and superior squads, budgets and off-field situations sit around them in the table, Huddersfield have appeared once more out of nowhere to throw their hat in the ring for another bout at the big time. There are clear cases to be made for everyone from leaders Fulham to a couple of teams in the bottom half, yet Huddersfield’s reasons for optimism are difficult to locate.

This is despite the fact they have been in the top half since the end of August and in the top six since before Christmas bar one game day when they were outside the play-off places on goal difference alone. In a season when Middlesbrough, Nottingham Forest and Sheffield United have used managerial changes to rocket up the table, Blackburn and QPR have used individual superstars to spearhead their promotion efforts and Fulham, Bournemouth and West Brom have led from near the top with superior budgets, Huddersfield have been the constant elephant in the room.

A squad littered with young, talented players and experienced pros has blended superbly under the tutelage of Corberan. Three defeats in four across a November which brought just one victory made it look like Huddersfield were about to fall off the radar from an unlikely promotion challenge. But an undefeated December and January including three wins from four away games before a trip to Preston stands the Terriers in good stead to continue this unprecedented push.

It isn’t just neutrals who are struggling to back the Yorkshiremen though, with swathes of the Huddersfield faithful unsure about the club’s future. Behind the scenes, there is much unsettlement. Former owner Dean Hoyle has ensured wages at the club have been paid with Phil Hodgkinson experiencing financial difficulties owing to the Covid pandemic.

Hoyle has also taken over as Chief Executive with the unpopular Mark Devlin departing the club after two years in the role. He had overseen Town’s rise to the top flight, but reduced his involvement with the club in 2019 after being hospitalised for nearly four months with an acute form of pancreatitis.

Former Ipswich owner Marcus Evans – who oversaw the Tractor Boys’ first relegation to the third tier of English football since the mid-20th century – has been linked with taking over Town to understandable frustration and worry around the John Smiths Stadium.

The general perception is that the team itself is not strong enough to go up. Even in victories, the performances have been below par. While there is strength in picking up points while not being at your best, there are also real concerns about the sustainability of current results.

This is of course the club that were promoted five years ago with a negative goal difference, showing Huddersfield can overcome any and all odds thrown at them. But the two-year spell in the Premier League has been almost completely erased by mismanagement so only Jonathan Hogg remains from that unexpected sojourn.

Wagner’s side was chock full of talent sourced from across European leagues and particularly German football, but the switch to taking on talent from the lower leagues is proving beneficial on the pitch, particularly in recent months.

With next-to-no expectation from within or from the outside, Huddersfield’s sustained promotion push is without any character that every other team in the top half possesses. Could they accidentally get promoted?