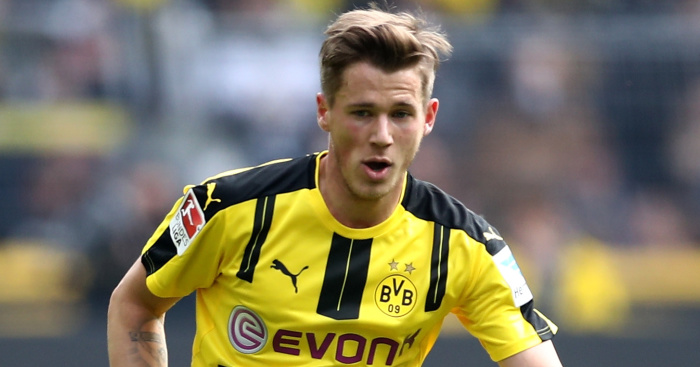 The 26-year-old defender has signed a one-year contract and joins for an undisclosed fee, although the Terriers have the option of extending it into the 2019/20 season.

Durm has made more than 200 career appearances and has played seven times for his country since 2014.

Huddersfield head coach David Wagner told his club’s official website: “It is not every day that you can bring a player of the quality of Erik to your club.

“He is a World Cup winner and has played at the very highest level, so this is a fantastic day for Huddersfield Town.

“Obviously I know Erik well from our time together at Dortmund and he has all the qualities to be a great success in our ‘Terriers Identity’.

“He is a smart, determined character too. He’s desperate to play and that is always a good thing for any head coach.”

Wagner is hoping Durm, who can play at full-back or wing-back, can put his injury problems behind him.

The German continued: “He has been very unfortunate with injuries for a year now but he was training with Dortmund at the end of the season and he’s passed our medical with flying colours this week.

“That’s no surprise to me; he was always one of the fittest players at Dortmund and has great physical attributes; real stamina and speed.

“All the same, we will manage Erik’s workload carefully in pre-season to help him return to the top level that he is capable of.”