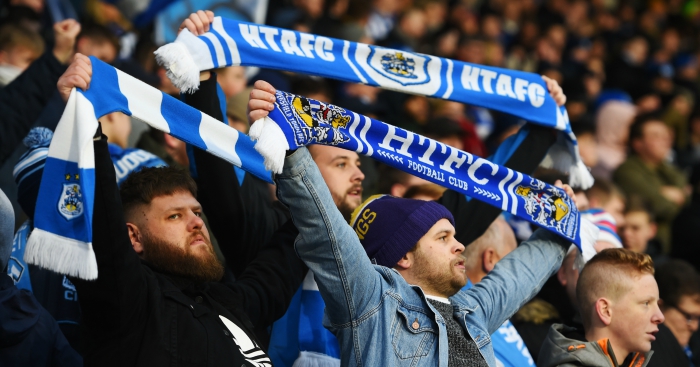 To call it an ‘interesting’ last few days at Huddersfield Town would be a hell of an understatement. The team have been battling for their Championship status for the vast majority of the season, something which seemed unfathomable to many outsiders given that last season was one spent in the top flight.

For those who are unfortunate enough to follow the Terriers on a week-to-week basis, the idea of chaos and struggle is nothing new. The good times came in droves as David Wagner led an unlikely charge to the Premier League, but the solid foundations seemed to collapse into the sand after a relegation that almost broke records.

Jan Siewert failed to stop the rot and he was axed fairly early on this season, but Town fans could be forgiven for thinking they had found their saviours when the Cowley brothers – Danny and Nicky – rocked up from Lincoln City, having rejected Yorkshire neighbours Sheffield Wednesday.

Now, 10 months down the line, the club sit on the verge of revolution once again. From the outside looking in, it is understandable to question why the duo have been sacked; after all, they achieved what they came in to do – finish above the dotted line by any means.

It is important to note at this point that not all sackings in football are purely results-based. Sometimes things can work out for a short or medium period of time, and there can then be disagreements between various levels of management as to how the club should move forward.

Given the strains and stresses that COVID-19 has put on football clubs financially from the top to the bottom of the football pyramid, we should perhaps even expect there to be a plethora of similar situations to the one going on in West Yorkshire. Sometimes visions don’t align and sometimes it is the right time to roll the dice again in the hopes of trying things differently.

There were suggestions that things weren’t exactly rosy at Huddersfield for the last few months. The Cowley brothers are believed to have demanded control over recruitment of players as part of the basis of their arrival (and also apparently the reason they rejected a move to Hillsborough), though perhaps the chairman Phil Hodgkinson – who took over from Dean Hoyle last year – realised further down the line he wasn’t willing to hand that over.

The big indicator is perhaps when Leigh Bromby took up a role at the end of May as the Head of Football Operations, a sort of Director of Football-style role that had been left vacant for months prior, again likely due to the control that the Cowleys demanded.

That almost certainly added another cook to the broth, and it seems that disagreements began to arise about contract situations and plans for the future. Remits seemed to overlap and tensions rose as results started to plunge Town deeper into trouble.

Regardless of off-field issues and whether they were resolvable or not, there is also a credible case for the Cowley brothers being sacked on results, as remarkable as that sounds. They inherited a squad who were psychologically damaged and drained after months and months of almost constant defeats in the Premier League, something that had spilled over into the new season as Huddersfield lost seven of their first eight Championship fixtures.

They steadied and stabilised, began to pick up points consistently and slowly dragged the team away from what would have been a painful and embarrassing double relegation. However, I would challenge any Town fan to honestly say that they thought the Cowley brothers were the answer for the club moving forward, even into next season.

The ultimate goal of Championship survival was achieved – something they deserve credit for – though it was done with little style or conviction. Of course the most recent result in everyone’s memory is a 2-1 home win over promotion-chasing West Bromwich Albion, but supporters are quick to forget that that particular game provided Town’s first goal from open play since February.

Huddersfield had failed to score in four games prior to that, three being appalling 0-0 draws and the other a dire 2-0 home defeat to Luton that meant the coffin door looked to be shutting. Town had won just once since the break prior to the unlikely victory over WBA – a 3-0 win over a Birmingham side seemingly intent on rolling over for anyone with anything to fight for – and that just wasn’t good enough.

The style of play wasn’t clear to see before, but it had evaporated almost entirely by the middle of July. Things were not good, and while there wasn’t lots of talk about sacking the Cowleys, you would be hard pushed to find someone willing to die on their hill.

Cowleys came in and achieved what they were asked to do, but they didn’t do it glamorously and there are some short memories. For every WBA win there were 3 or 4 performances like Luton. Not always about results though either, disagreements about how to move forward happen.

Back to the chairman and owner of the club Hodgkinson – the clues were always there that another course would be taken. Multiple times he had referred to the club finding a new ‘identity’, so it is no surprise to now see the links with one of Marcelo Bielsa’s right-hand men in Carlos Corberan.

Yes he is inexperienced at the age of 37, but he is highly-rated within Leeds United’s current set-up, and a quick scan of the tweets in response to the updates regarding the Spaniard’s imminent move should show how valued he is by the club as a whole.

Mark Twain once said that history doesn’t repeat itself, but it does rhyme. That exactly what Hodgkinson will be hoping happens here. A gamble was taken on Jurgen Klopp’s best friend David Wagner when Hoyle was in charge four years ago, and it turned out pretty good in the end, so this is a gamble with similar intentions.

What surprises me is that other people are surprised. Carlos will bring his own guys, I’m not saying it’s going to work but he will want to transform the club top to bottom, to give us a different identity – be it right or wrong – and bringing your own people is part of that. https://t.co/0q7xjZ6M3H

Huddersfield fans have gone from seeing a well-oiled machine under Wagner that achieved the impossible, to one which was a rudderless mess that just about managed to avoid sinking back down to the depths of the early 2010s. The most dangerous thing any football chairman can have is apathy, not anger, and Hodgkinson – being a shrewd businessman in his own right – is well aware of that fact.

That is why he has decided to roll the dice; in the hope of creating something special, the identity which he has long been craving and a product that Town fans can be proud of. In many ways they are hard to please, but in other ways they are not hard to please at all; they just want to see purpose, method and conviction in the way decisions are made. They want to see all the pieces pulling in the same direction, and something tangible to get behind.

That’s what became very apparently after Wagner’s arrival, anyway. After years of being a mediocre Championship side, suddenly a grenade was dropped and once the dust settled, Huddersfield Town Football Club didn’t resemble what they were a few months previous. They were forward-thinking on and off the pitch, playing an exciting brand of football with smart recruitment and a model that fans could get behind. Why can’t Corberan – a man similarly coveted – deliver the same thing?

His arrival would be not be a guaranteed success, that much should be said. Some Huddersfield fans have remarked that for every Wagner there is a Jan Siewert, and the departure of long-time servants such as John Iga and Mark Hudson has led some to throw the term ‘circus’ around. Perhaps understandably so, because some people still expect absolute maximum transparency from their football club even in 2020.

Revolution never happens quietly though, in fact that’s the whole point. It’s out with the old and (soon to be) in with the new. It’s time for a new direction rather than going back to meandering between the 17th and 20th positions in the Championship table year on year.

It’s the correct moment to try and eliminate the apathy and try make Huddersfield Town a football club for others to be envious of once again. Whether that happens because of the appointment of a man from 20 miles down the road is irrelevant, what is important is that fans feel proud of their football club again.

When the dust settles again after the latest explosion – and there is a lot of dust this time – the hope is that the pieces will have aligned again to resemble something positive and to provide light at the end of a two-year long tunnel.