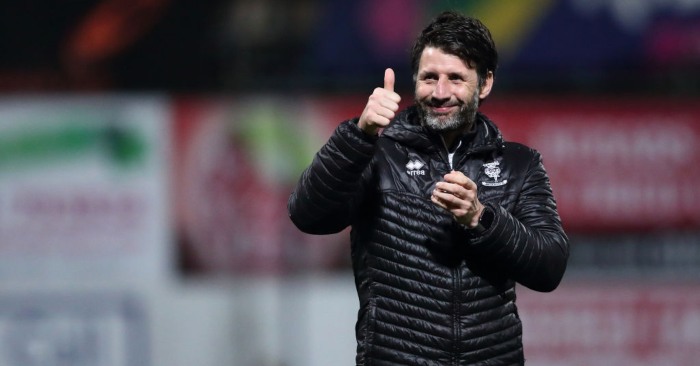 Cowley leaves Lincoln and will be joined by his brother and assistant manager Nicky.

The appointment sees Cowley replace Jan Siewert, who was sacked on August 16 after the Terriers made a poor start of the new season and also crashed out of the Carabao Cup, beaten at home by Lincoln.

Huddersfield agreed compensation with Lincoln, with the Cowley brothers set to take charge for the first time in Sunday’s home match against Sheffield Wednesday.

A club statement said the pair had been identified as “first choice for this appointment after an extensive and detailed search”.

Chairman Phil Hodgkinson added the club website: “From the outset, (head of football operations) David Webb and I knew how important this next appointment is for the club.

“We undertook a very detailed and thorough process to identify the right person to lead the first team forward, first outlining the qualities we were looking for in the right candidate and then establishing which managers matched them.

“Our research, due diligence and work resulted in a shortlist of four candidates, and Danny Cowley was number one.”