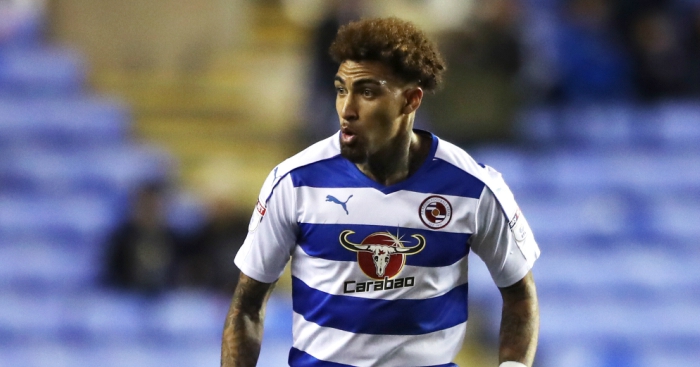 Huddersfield head coach David Wagner continued his reinforcement for a first Premier League campaign with the additions of Tom Ince, Kasey Palmer and United States international Danny Williams all confirmed on a busy day for the newly-promoted club.

Former England Under-21 international Ince, 25, has signed a three-year deal after the Terriers agreed an undisclosed fee with Sky Bet Championship team Derby.

Attacking midfielder Palmer, meanwhile, returns on a season-long loan from Chelsea and Williams heads to West Yorkshire after the end of his contract at Reading.

Ince did not need any persuading to join Wagner’s project at the John Smith’s Stadium.

“To be given the opportunity to be in the Premier League with a team that’s on the up is a great feeling,” Ince told Huddersfield Town TV.

“There was a lot of interest (from Huddersfield) and for a player like me, from a team which has done tremendous things last season, with a great squad of players, they achieved the dream.

“When you get asked to be a part of that it’s hard to turn it down.”

Ince is Wagner’s third new signing since the German steered the Terriers to the Premier League for the first time via their penalty shoot-out win against Reading in the play-off final.

Huddersfield have turned midfielder Aaron Mooy’s season-long loan from Manchester City into a permanent deal for a club record £8million, rising to £10m with add-ons, and paid a reported £3.5m to sign Belgian striker Laurent Depoitre from Porto.

Danish goalkeeper Jonas Lossl has also arrived on a season-long loan from Bundesliga side Mainz and Town are expected to break their club record transfer fee again to secure Montpelier striker Steve Mounie.

“When I knew there was interest I was excited to see where it went,” added Ince, who admitted to becoming a fan of Wagner’s ‘gegenpressing’ style of football last season.

“It was great to see for the neutral and great for those not fighting at the top-end of the Championship.

“It’s a club all about work ethic, pulling together and fighting for each other to achieve success and I want to be part of it.”

Ince, son of former England international Paul, progressed through Liverpool’s academy and gained brief experience of Premier League action during a loan spell at Crystal Palace and at Hull.

He joined Derby from Hull for £4.75m in July 2015 following an initial loan spell and signed a four-year contract with the Rams.

Palmer has returned to Huddersfield on a season-long loan until June 30, 2018.

The 20-year-old makes the move back from Chelsea having also spent last campaign at the John Smith’s Stadium, scoring five goals in 26 appearances.

Wagner said: “I’m very happy to have Kasey back at the club. As we know from last season, he’s a very talented English player with high potential.”

Later on Tuesday, Huddersfield also announced the addition of Williams on a two-year deal, the American having been part of the Royals side defeated at Wembley by his new employers.

“It is not usual that a player of Danny’s ability is available on a free transfer, so there was understandably a lot of interest from clubs,” Wagner said.

“When we spoke, it was clear that he wants to prove himself at the highest level in England and that he had a real desire to come and play for Huddersfield Town. He is a terrific character and will totally fit in with our group.”