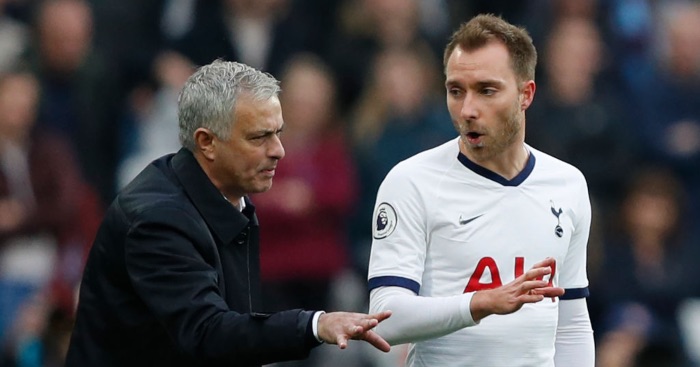 Spurs are currently languishing in eighth place in the Premier League, after a turbulent season.

“A lot of players at Tottenham at the moment, they run with the ball. Too many players don’t release the ball quickly.

“Winks is probably the only one who can do it, but is he an [Christian] Eriksen?

“That’s how Kane will score goals, good crosses coming in from your full-backs and a midfield player – Eriksen and Kane had that little bit of eye contact.

“I don’t think they’ve got that at the moment, I think too many players hold onto the ball for too long in midfield, and teams come in and crowd them out.

“There’s a lot of tactical work to be done on the training ground, but also individuals who need to up their game if they’re going to be in the [top five].”