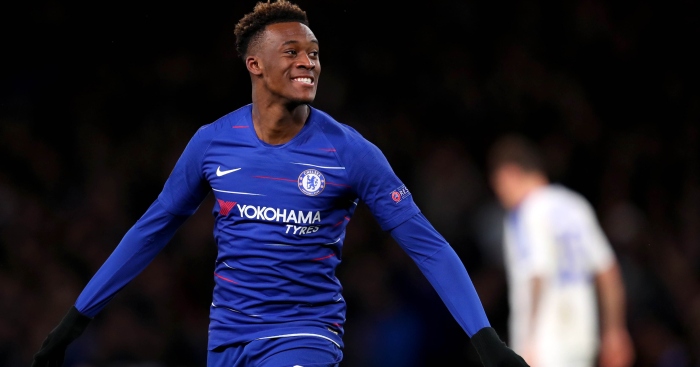 Chelsea’s Callum Hudson-Odoi has been handed his first England Under-21 call-up.

The forward has been included for the friendlies against Poland and Germany this month as the Young Lions count down to Euro 2019.

Leicester midfielder Hamza Choudhury, who made his Under-21 debut at last summer’s Toulon Tournament victory, returns.

Boss Aidy Boothroyd said: “It’s an exciting time again, getting the boys back together to put in some preparation for the Euros and obviously two really good games against teams who could be our competitors in the summer.

“Both Poland and Germany will give us a really good test. Any team that qualifies for the U21 Euro finals has to be respected, because it’s no mean feat getting there.

“You can see from the standard of the countries that are heading to Italy in June, they’re all top teams, so these will be difficult games.”

Hudson-Odoi, who has attracted interest from Bayern Munich this season, has made 17 appearances for Chelsea, scoring four times.

Boss Maurizio Sarri has used him sparingly despite Munich reportedly offering £35million for the 18-year-old.

Manchester City’s Phil Foden is again included along with Leicester’s Harvey Barnes and Crystal Palace’s Aaron Wan-Bissaka, who has been tipped for a senior call.

Former England international Joleon Lescott, who works with Manchester City’s players who have been loaned out, will join Boothroyd’s coaching staff for the two games as part of an elite coach placement programme. Sol Campbell and Terry Connor have previously worked with the Young Lions this season.

England play Poland at Bristol’s Ashton Gate ground next Thursday and Germany in Bournemouth on March 26.