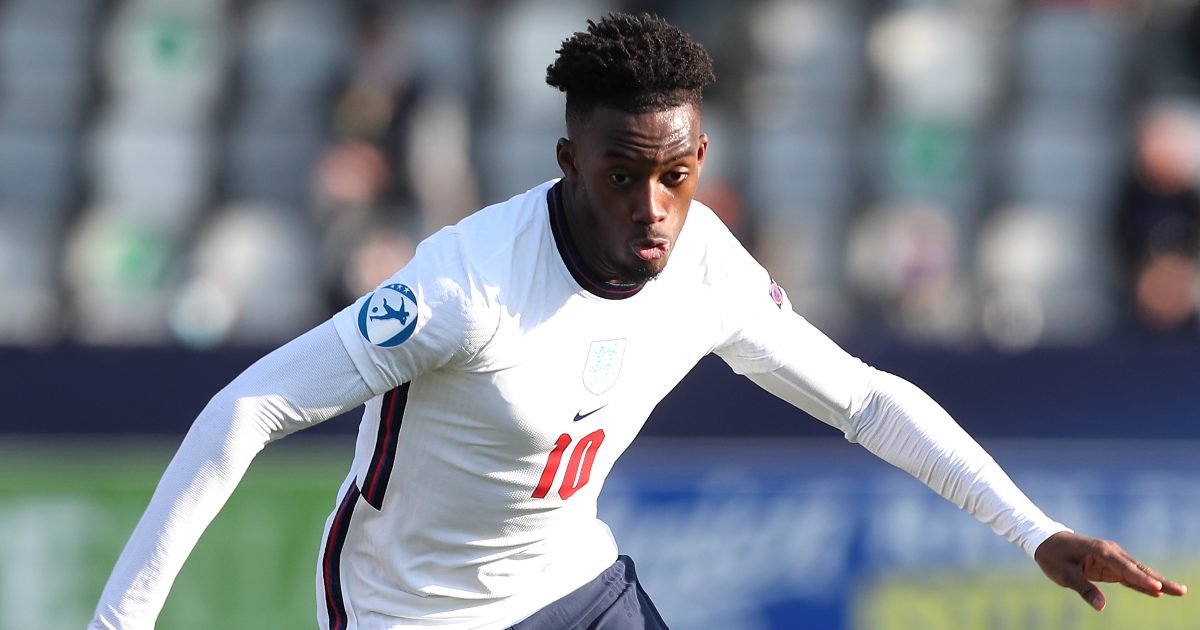 Callum Hudson-Odoi has insisted that his immediate aim for England is to try to make it into their Euros squad for this summer.

The winger first joined Chelsea in 2007 and he progressed through their highly-respected academy.

Hudson-Odoi was a standout from their youth setup and he made his senior debut in January 2018 in the FA Cup. He went onto make his Premier League debut a few days later.

Since then, the Englishman has gone onto play 93 times for his boyhood club. He has 13 goals and 15 assists for them in that time.

It did look like Hudson-Odoi would leave the Blues last season as Bayern Munich were heavily linked with the forward. A move never came to fruition though and he remains a Chelsea player.

Hudson-Odoi was in and out of the team under Frank Lampard, but he has enjoyed a bit of a resergence under Thomas Tuchel.

Chelsea are still unbeaten since the German took over from Lampard. They have won ten of his 14 games in charge and they have drawn the other four games.

This form has seen them place themselves as favourites for the final top four spot ahead of the likes of West Ham and Liverpool.

Hudson-Odoi is in England’s U21 squad for this international break. But in an interview cited by Football London, he is focusing on the Euros:

“That’s my main aim for the rest of the season. Obviously to try and win a trophy with Chelsea as well. But for England it’s to try and make the Euros squad.

“It’s a massive opportunity. There won’t be many times where it happens you can play for your country in your own country in a big tournament.

“That’s a major thing. Hopefully, I can do well for the rest of the season, get back into the squad for it. I’ll take it day by day, game by game.

“My favourite positions are either left wing or 10.

“I feel more comfortable there and confident and I know I can produce goals and assists from those positions as well so I’d say those two [are my best positions].”