Home Chelsea The Hudson-Odoi talk that became ‘row’ and ‘inquest’ 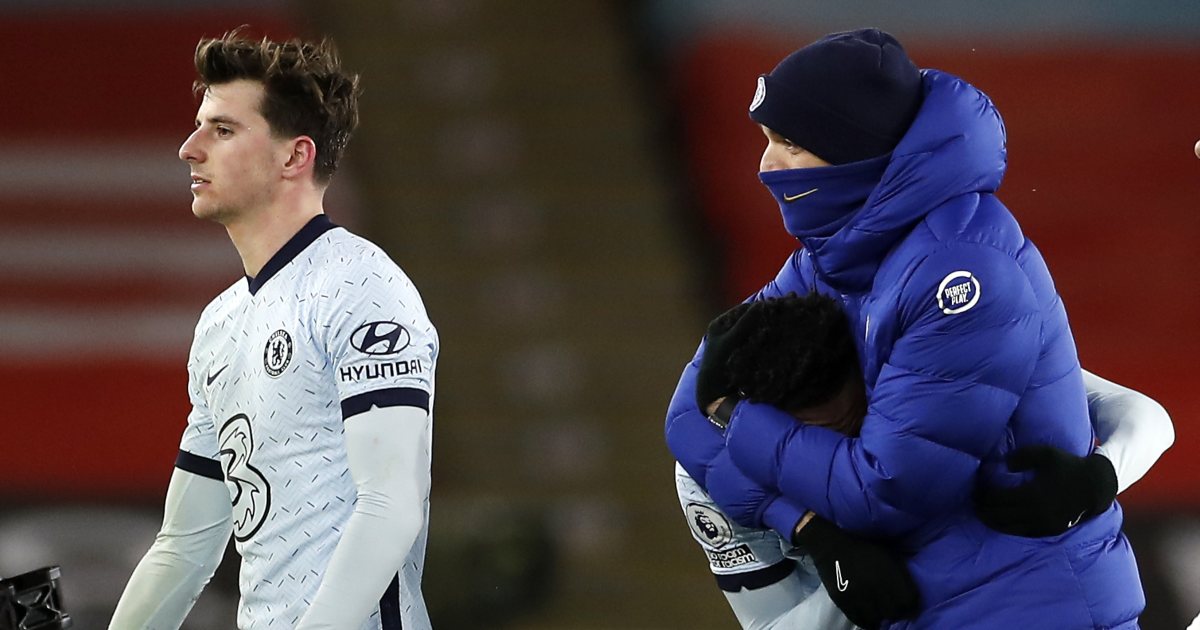 Say yacht?
Mediawatch is not saying that this is a slow news week or that The Sun football website really do not kick a flying f*** about football, but their top story at 9am on the day of Chelsea’s Champions League last-16 clash is this:

A source said: “This will be the yacht of the year when she is launched later this year.”

Meanwhile, over on the Daily Star website, this is the biggest story in football:

And that, ladies and gentlemen, is football news in 2021.

Row, row, row your boat
There has been a ridiculous fuss about Thomas Tuchel making the decision to substitute his substitute on Saturday. Mediawatch is not sure there would be anything like this fuss if the substitute – Callum Hudson-Odoi – was not English, but we are stuck with this ridiculous fuss regardless.

The news coming out of Chelsea is that Hudson-Odoi was “all smiles” after a conversation conducted in front of the entire group and designed to “not make it bigger than it is”. Good luck with that Thomas, and welcome to England.

Back page of the Daily Mirror:

‘Tuchel: Hudson-Odoi row could have been mistake.’

Row? A noisy acrimonious quarrel? Is there any evidence there was a row? Is there balls. All reports suggest that there was a conversation and that ‘the player regards the substitution as part of his learning process and has no ill feelings’ (BBC).

‘THOMAS TUCHEL is looking for a reaction from Callum Hudson-Odoi –  but admitted the inquest he subjected the star to after the Southampton match may have been a mistake.’

Ah, so it’s now an ‘inquest’ – a ‘judicial inquiry to ascertain the facts relating to an incident’ – so this has definitely been kept absolutely in all proportion. And it definitely won’t be mentioned again if Chelsea lose to Atletico (it will).

Dangerous minds
Over in the Daily Mail, Chris Sutton writes that Thomas Tuchel is guilty of having a ‘dangerous approach to management’ and he has ‘risked making an enemy’ of the ’embarrassed’ Hudson-Odoi.

Is this the same man who – when in charge of Lincoln – wrote in his programme notes: ‘It would be interesting to see if we would still be in this division if Davide Somma had not turned up and scored the goals he scored. If I’m honest, I don’t know if anyone else in the current squad would have been capable of doing that. That’s not a criticism, that’s a fact.’?

Sutton should probably have checked if Hudson-Odoi was either irked or embarrassed before he dragged this non-story into another day. And that’s not a criticism, that’s a fact.

‘Say what you like about Frank Lampard, but he knew Chelsea’s young players. Tuchel is just taking a few weeks to reach similar conclusions. The best wing-back at Chelsea is Reece James. Nobody doubts his energy.’

Who wants to tell him that Hudson-Odoi actually struggled as a forward? In anything, that just makes it more likely that he will start at wing-back (where he has been excellent).

Tip of the tops
If you ‘tip’ something, there is an element of a prediction and it implies some sort of inside knowledge. Or at least that used to be the case before words like ‘tip’ became synonymous with ‘suggest’ and ‘has a vague idea about’.

Firstly, the man doing the ‘tipping’ is Peter Crouch, who knows no more about the transfer machinations of Manchester United than you or I. And I know f*** all.

And what does he actually say (in response to a question from a man on Twitter)?

“The suggestion makes sense for United. Lingard needs to get away as his time at Old Trafford is up, while Rice is the kind of player United need.

“Would West Ham do that deal? I’m not so sure. We’ll see what happens.”

He literally says “I’m not so sure” and “we’ll see what happens”. He does not have a clue and does not pretend to have a clue. It wasn’t even his suggestion but the suggestion of DialloTime on Twitter.

What a tipster. And what a sh*thouse headline.

Lings can only get better
Still, that’s not quite as sh*thouse as this Mirror headline:

Yes, we think that Mourinho is probably pretty bloody embarrassed by whatever he has previously said about Lingard.

Wait a minute though, this is one of the things he has previously said about Lingard:

“Jesse Lingard – one thing is to be a young talent, another thing is to be a very good player. Some players are not capable of that jump. They go from great potential to normal players. Lingard is giving that jump. He is more consistent, he is adaptable, he understands better the game, he is going in a good direction.”

He sounds like a Lingard fan. So where are these comments that should leave him ‘red-faced’?

“What I don’t accept, because that is my f****** nature, I don’t accept to be here… winning nothing. F****** hell. But I feel that we can. You have better players than I had at Manchester United. So I think the club has a lot of potential to explode.”

So nothing about Lingard at all – just some sweary bluster about Manchester United for the cameras. Of all the things that should embarrass Mourinho about being nine points behind West Ham, this should be pretty sodding low down the list.

‘The fact that Mourinho initially claimed the Spurs squad was better than United’s and yet was downed by a player in Lingard who has seemingly been deemed not good enough for the Red Devils will no doubt leave him feeling somewhat embarrassed.’

One question: Is the ‘new signing’ the fans?

One answer: Yes. Yes it is.