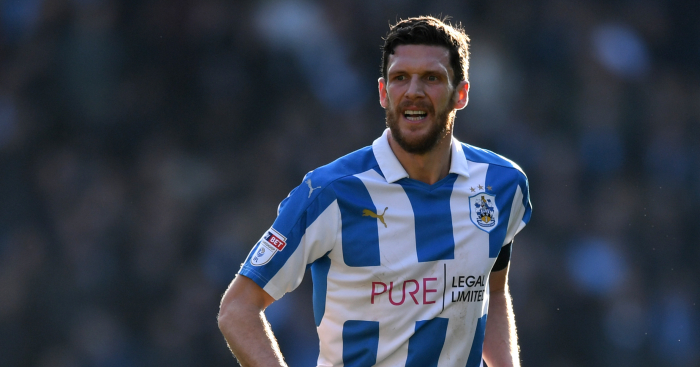 Hudson, 36, was promoted from his role as the club’s under-23s manager to take temporary charge following David Wagner’s departure earlier this week.

The former Terriers captain, handed his coaching role by Wagner in January 2018, paid tribute to the German and would not be drawn on his own future.

When asked if he would like to stay in the role for the rest of the season, Hudson said: “I can’t think beyond this Sunday. It’s quite a big game.

“It’s one to look forward to for sure, so I’ll be focusing on that. If we get a result it will be for the players and the club and that would be fantastic.”

A run of eight straight Premier League defeats, halted in last week’s goalless draw at Cardiff, has left the Terriers eight points adrift of safety at the foot of the table.

Wagner and assistant Christophe Buhler left by mutual consent on Monday and Hudson admitted it had been an emotional week.

“I got on really well with the boss and Christophe and this club, myself included, owe them a lot.

“What they have done over the last three and a bit years has been incredible.

“It’s been an emotional start to the week, but my focus is to get past that and look forward to Sunday.

Sam Allardyce has already ruled himself out of the running to replace Wagner, while it has been reported by SportBild in Germany that Huddersfield are set to appoint Borussia Dortmund’s under-23s boss Jan Siewert.

Hudson said Wagner had left a lasting legacy and that he will be calling on him for help during his preparations for Sunday’s game.

“His tenure has been three and a bit years at the club and he deserves full respect from everyone.

“He’s created an identity, he’s brought everyone closer together, the community, everyone who works at the stadium, the fans – we all fully respect what he’s done here.

“That should be the message. I’ll keep in contact with him. He’s done a lot for me during my time here as a player and then into the coaching role. I’ve learnt a lot from him.”

Hudson also insisted that the Terriers’ survival fight was not a lost cause.

“Without belief there’s no point being in this industry,” He added. “I thoroughly believe in the players and what they’ve got, that we can pose a threat to teams.”