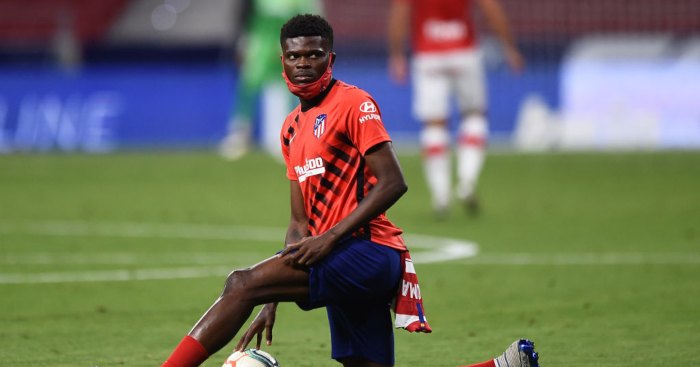 Key Arsenal target Thomas Partey has turned down a new contract offer at Atletico Madrid, according to reports.

The Spanish giants are believed to want to keep the Ghanaian, who they see as an important player. But if they are to let him go, the club buying him are likely to have to fork out £44.5m to meet his release clause.

The midfielder has been linked with the Gunners a lot over the last few months as speculation has swirled about his future.

A report last week claimed that Partey was ‘keen’ to make the move to the Emirates Stadium with the player open to a Premier League move.

And now a fresh report in Spanish publication Marca claim that Arsenal remain the ‘main candidate’ to sign Partey from Atletico.

There is some good news for the Gunners too, with Partey apparently saying ‘no to the last offer’ Atletico made to renew his deal at the Wanda Metropolitano.

Marca describe his future as ‘in the air,’ with any sale of Partey possibly leading to the arrival of Marc Roca from Espanyol.

Another Spanish source OkDiario add that Arsenal are struggling to pay his £44.5m release clause and they are ‘trying to reach an agreement with Atlético de Madrid based on barters’.

Matteo Guendouzi, who has already been offered in a swap deal, could still be exchanged, while the report mentions Lucas Torreira as a possible option to include in a deal for Partey.

However, ‘the great name’ that could be used as part of a deal would be Alexandre Lacazette, with the striker linked with Atletico Madrid previously.