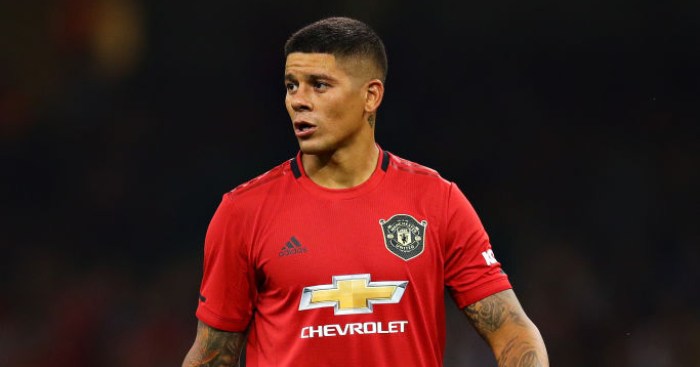 Marcos Rojo’s attempts to leave Manchester United have hit a major bump in the road as Turkish side Fenerbahce have no interest in signing him, according to reports.

The Times reported that Rojo, 28, was “pressuring the Red Devils to allow him to join Fenerbahce on a season-long loan”.

The defender’s loan move to Everton earlier this month was blocked by United with the Old Trafford club looking for a permanent transfer for a fee in the region of £25m for the Argentina international, rather than a temporary move.

That, per the source “angered” Rojo and he is now focused on a move to Europe to play regular first-team football after conceding that his playing time will be thin with Harry Maguire, Victor Lindelof, Chris Smalling, Phil Jones and Eric Bailly all ahead of him.

However, a prospective move to Turkey is not straight forward, in fact, according to Turkish-Football, it simply is not on Fener’s radar.

Fenerbahce are on the lookout for a centre-back, but with two years left on his United deal and an annual salary of around £8m – Fener are believed to be looking at a cheaper alternative.

The Turkish outlet report that “Fenerbahce sources” say they have not made an offer for Rojo. They go on to state that “the defender is not currently a target and talks have not been held with either United nor his representatives over a summer transfer”.

Rojo has also been linked with Roma, but United boss Ole Gunnar Solskjaer has not ruled him out of his plans.

“Yes, definitely. Why shouldn’t I?” Solskjaer said, when asked if he would consider picking the player. “He’s had a very good pre-season. I think he’s getting closer and closer to the Argentinian setup as well, so let’s see what the future will bring.”

Whilst speaking in May, Rojo claimed had been given assurances about his role at United for the forthcoming season.

“I spoke to the manager before the end of the season and we spoke about his plans for me,” said Rojo. “He said that I was in his plans, that I’m an important player and that he wanted me to return to full fitness, to be able to count on me.”

Rojo was signed by Louis van Gaal in 2014, having enjoyed a good World Cup campaign, but he made just five Premier League appearances for United last season, and played just once in the Champions League.