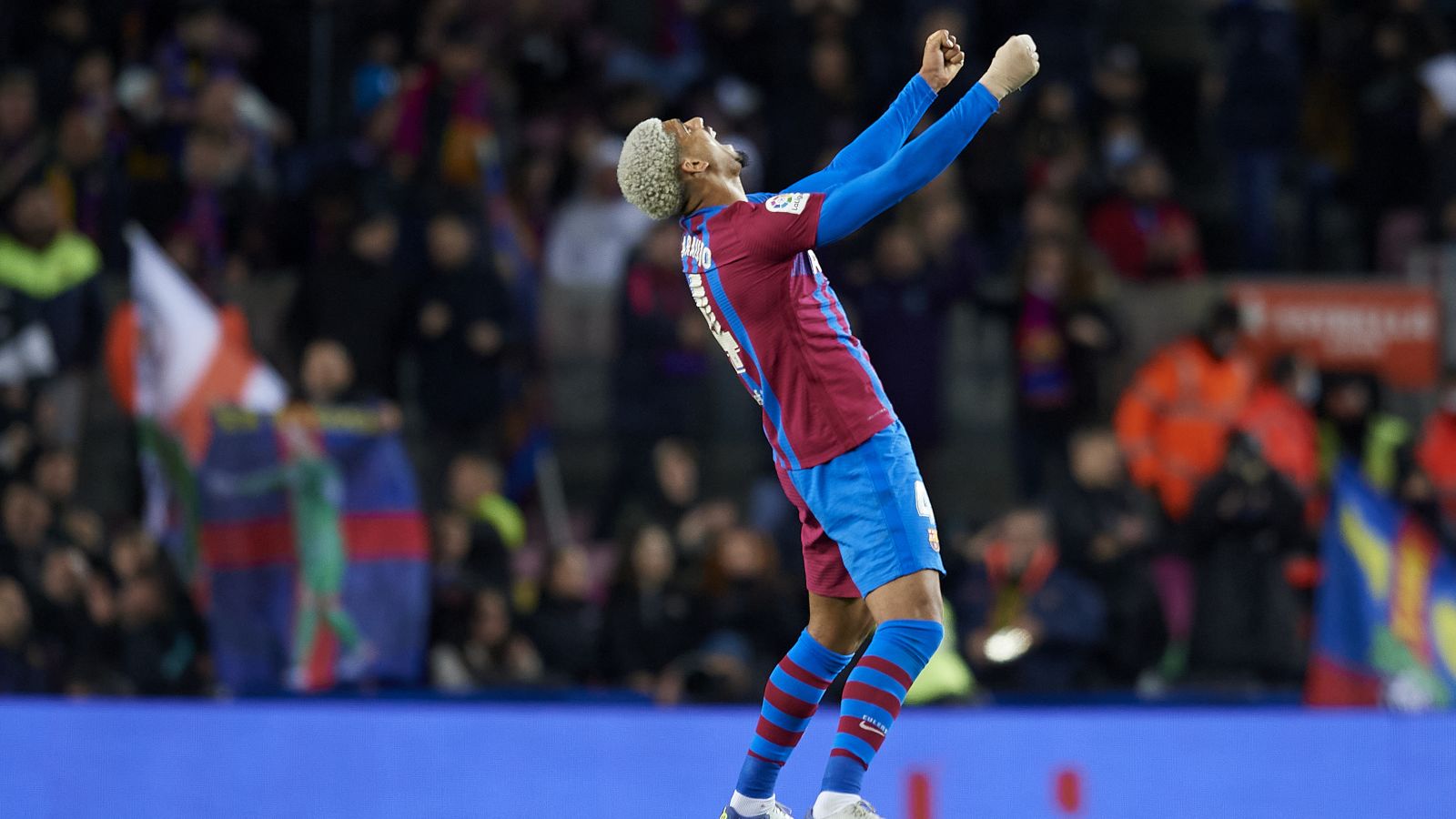 Ronald Araujo looks likely to reject the advances of Man Utd and Liverpool to sign a new deal at Barcelona.

There has been speculation for months that the Catalan giants were struggling to agree a new contract with the Uruguay international.

Araujo’s current deal expires in the summer of 2023 and has been looking for a substantial pay rise to renew at the Camp Nou.

Barcelona reportedly offered the centre-back a €4m a year deal earlier this year but the 23-year-old is looking for more.

The breakdown in talks had alerted Man Utd and Liverpool to his services with the Red Devils especially keen to tie up a deal for Araujo.

There have been reports insisting that Man Utd have ‘already approached’ Araujo over a potential summer move, while another this month said the Red Devils were ‘preparing high transfer offer’.

But the defender has now revealed that he is “optimistic” of agreeing fresh terms at Barcelona and that they will have a meeting this week to discuss it further.

“I am very happy to be here and happy with the support of the club,” Araujo said after Barcelona’s 1-0 win against Sevilla on Sunday night.

“We are working on the renewal. This week we have a meeting.

“I hope it will be resolved soon so that I can continue many years at this club. I am optimistic.”