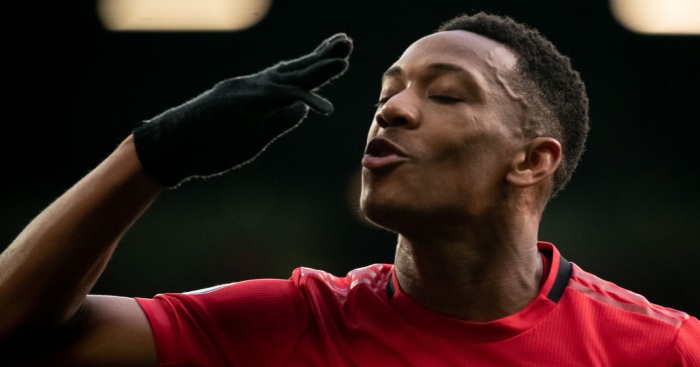 Lee Dixon claims Arsenal legend Thierry Henry likened Anthony Martial to himself early on in his career in the Premier League.

Huge things were expected of Martial after his £58.8m move from Monaco in 2015 but his impact hasn’t been quite as spectacular as some would have predicted.

The Frenchman has been a regular for Man Utd when he’s avoided injury and he’s scored 64 goals in 208 matches in all competitions since moving to Old Trafford.

Henry also had an inconsistent start to life in the Premier League and Dixon has revealed that Henry sees similarities between himself and Martial.

“I talked about that with him [Henry] recently,” Dixon told the Arsenal podcast Handbrake Off.

“We did some work together with Amazon Prime when they had the two games around Christmas time. I presumed he knew Martial because they’re from the same area in France so I asked him about Martial.

“I said, ‘What he’s like?’ and he looked at me with that look that he does as if to say: ‘Have I not already spoken to you about this?’

“And he said, ‘He’s exactly like I was when I came to Arsenal. He needs to go through the process like I did with you lot and I don’t know if the Manchester United dressing room is like that’. He said that was the making of him.

“To liken himself to Martial or another player to him, it really painted a picture of what Martial was like and what his character was like because he’s super-talented like Thierry was and I think his development would have been similar.

“I’m not saying he would have been as good as Thierry – but would have been similar if he had been in the old United dressing room with the characters like what we had in our dressing room. He certainly talks about that as a real learning lesson in his curve to get how brilliant he was.”

Dixon added: “No, we didn’t kick the ball and think what he was thinking in his head but we channeled it into the right areas at the right time and we wouldn’t put up with the stuff when he first came. His not training very hard, being a bit sulky… that wasn’t allowed.

“You’re not allowed to come into our workplace and be like that. It wasn’t a case of allowing him a certain amount of leeway here and there.