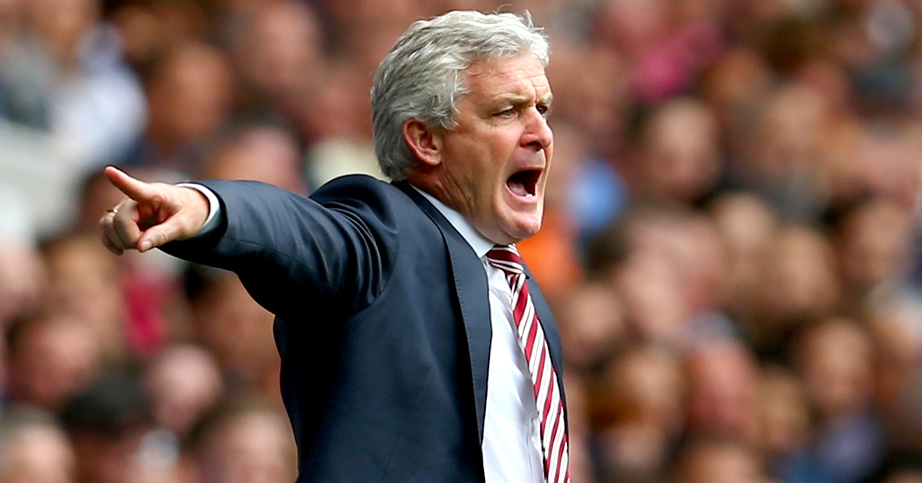 Mark Hughes spoke of his delight after Stoke secured their first Premier League win of the season, but the Potters boss remains hopeful over an injury to Xherdan Shaqiri.

Goals from Jon Walters and Mame Biram Diouf helped Stoke to a 2-1 victory over Bournemouth in a hard-fought clash at the Britannia Stadium, with the win dragging Stoke out of the relegation zone.

Hughes admitted that the performance wasn’t quite up to the standards of previous game, but the manager said that the result was the priority on Saturday.

“It was an important win,” Hughes said.

“I would argue we have probably played better in other games and got beaten. But today was about getting the three points and making sure we got that situation we found ourselves in off our backs.

“We are delighted with the result and will take the three points.”

Hughes had injury concerns of his own, with winger Xherdan Shaqiri having been forced off after picking up an apparent hamstring problem just before the interval.

And the Stoke manager said: “I haven’t had an update yet. It looked like a hamstring – he pulled up sharply.

“We’ll settle him down tomorrow, probably get a scan on Monday and see what the damage is. But hopefully – given he came off quite readily and didn’t hang around – he hasn’t done too much. He did the right thing.”