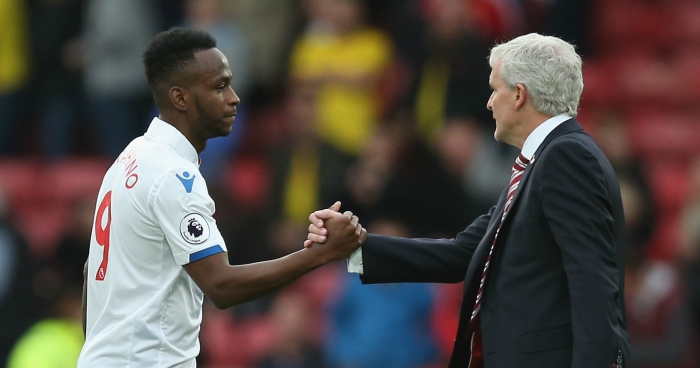 Mark Hughes insisted it is not too late for Saido Berahino to make a success of his move to Stoke and that the striker is showing the right attitude.

The Potters paid West Brom £12million for Berahino’s services in January but he is still looking for his first goal and has gone from possible England player to Premier League bench-warmer.

Berahino has started just two first-team matches this season, with the most recent coming against Southampton in September, when he missed a penalty.

The 24-year-old is now approaching two years since his last goal and even a run-out in the under-23’s Checkatrade Trophy clash with Bury earlier this month did not help him end his drought.

Hughes insisted that was not a slight, saying: “We had a number of senior players out in that game. I just felt they needed a bit more game time.

“We’ve got a key period coming up and we’re going to need everyone up to the right level to be able to have an impact if they are needed.

“He will just have to be patient. He’s working hard. He’s doing the right things in training. He just needs to take his chances when he gets them.

“He’s come through a difficult time in his career. He’s at a good place, he’s surrounded by people who want him to do well and are doing everything they can to help him.

“It’s a bit frustrating for him because he will think he can’t show what he can do, he can’t score goals because he’s not in the team. It’s a bit of a Catch 22 situation. It is difficult for him.

“Saido’s general form isn’t bad, he’s just lacking goals. That’s the problem clearly. Other guys are making an impact and scoring goals, which he hasn’t been able to do yet. Arguably, he’s a bit behind a number of players.

“We all feel once he gets one, he will get a hatful. It’s just about waiting for that dam to burst.

“We’ve got him on a long contract. He’s still a relatively young player. He’s very much at the beginning of his career. There’s more to come from him.”