The title is "almost done" but "there will be a big battle" for Europe, says the Tottenham captain. 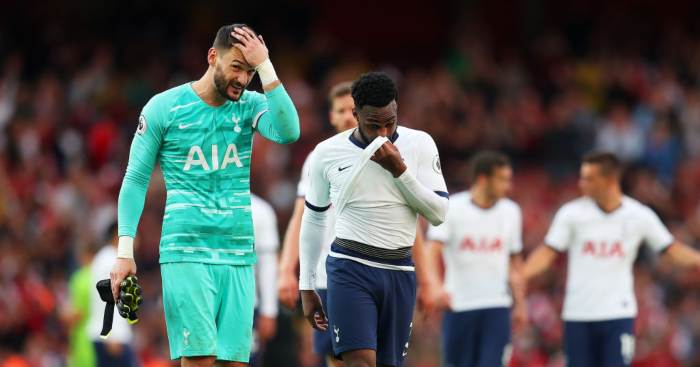 Spurs resume their campaign after a three-month hiatus against Manchester United next Friday, a blockbusting clash which could have a decisive say on their European ambitions. Who could possibly forget their 3-3 draw in March?

Lloris’ side are currently in eighth position, seven points off fourth-placed Chelsea and four behind United, who are fifth, meaning they have little room for error once the action restarts.

The omnipotent supercomputer has already predicted that Spurs will miss out on European football altogether, and Lloris admits their situation is precarious.

“We have to be honest, we are not in a good position at the moment,” the Frenchman, who has helped launch the club’s Hotspurs Heroes campaign, said. “Four points to Manchester United, seven points to Chelsea.

“We don’t have the right to lose games. Even more when you face a direct opponent like Manchester United. We are going to start again with a very important game, maybe a decisive game for the future.

“About the title, it’s almost done, but for the fourth place, or the fifth place, there will be a big battle and for the relegation, it will be an even bigger battle. There is a lot to win and to lose in these nine games. It’s the final sprint, you can win or lose everything.”