It would be harsh to suggest that this was a two-man team, but the facts don't lie. Hull are in all sorts of trouble. 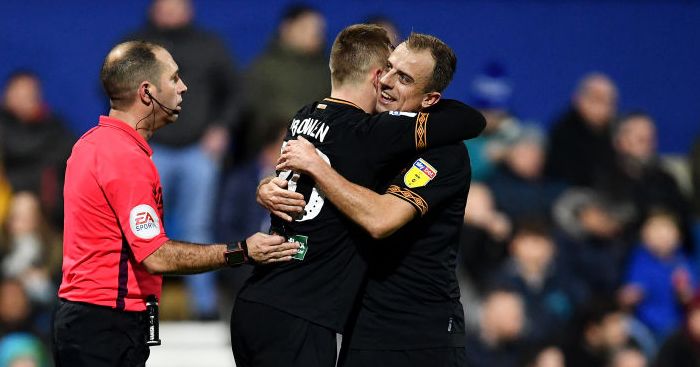 Between the hours of three and five o’clock on Saturday afternoon, former Hull City wingers Jarrod Bowen and Kamil Grosicki continued in the right direction for new employers Wests Ham and Brom.

The latter impressed from the Baggies bench once more while Bowen opened his account for the Hammers in a much-needed victory.

For Hull, though, the only way is down.

At the start of the winter transfer window, they were looking up, just one point off the top six following their Yorkshire derby victory over Sheffield Wednesday on New Year’s Day. Fast forward fewer than two months and in another local meeting, a mauling for the Tigers leaves Grant McCann’s side looking perilously over their collective shoulders.

But who should shoulder the blame? That answer lies squarely at the feet of the people who reasoned that any amount of money was worth the cost of life sans Bowen and Grosicki on Humberside.

Not only have Hull lost their two most influential players without appropriate replacements, they are now without the salient, ambient heartbeat that made their team tick when few else in the squad seemed capable.

It is one thing for owners – no matter how ill-meaning or lackadaisical the Allam family may be – to rid the club of their two most prized possessions, the creative forces flanking a strikeforce as likely to score goals as their injury-hit defence is of keeping a clean sheet.

That their midfield squad numbers represent a fair imitation of your average Saturday night lucky dip lottery ticket without nearly enough flair nor creativity to make it worthwhile is indicative of the mismatch that this club has become. Youth-team graduates litter the side through necessity rather than choice, while manager McCann is following a half-egged system for which he doesn’t have the correct players.

The sales of Bowen and Grosicki, with over 30 combined goals and assists to their name this season, is the most obvious – but far from the only – problem in this corner of Yorkshire. Their presence up until the halfway point of the campaign only masked the problems at the KCOM.

Their absence pulled every issue from under the carpet, and the dirty laundry was on show for all to see as City crashed to a previously rusty Leeds side: shoddy defending, lack of guile and edge, poor presence in front of goal, and next to nothing on the wing.

It would be harsh to suggest that this was a two-man team, but the facts don’t lie. Even more an indicator of Hull’s current and potentially long-standing predicament is the atmosphere emanating from the all too often half-empty stadium that is perhaps the greatest tribute to the disastrous Allam ownership which leaves Hull not only without two of the best players to grace the East Riding of Yorkshire in the modern era, but without an identity, without a personality, without goals, without wins, and perhaps soon enough, without Championship football. For Hull City fans, no amount of money is worth that.