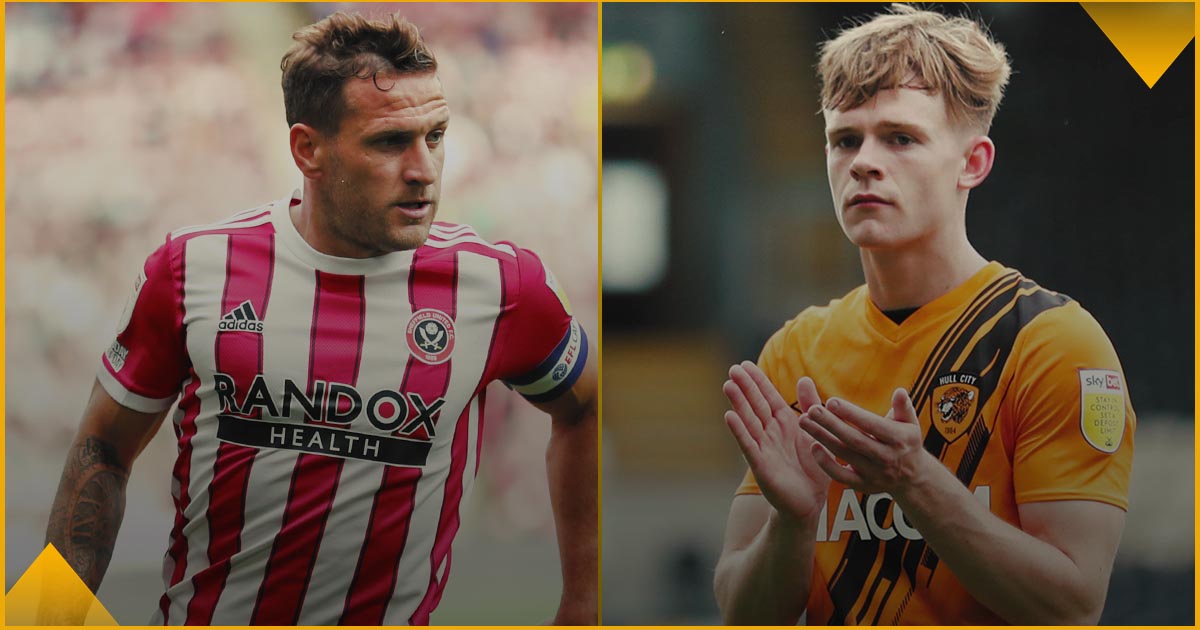 Hull City and Sheffield United will get the next round of Championship action underway on Saturday lunchtime and Benjamin Bloom has delved into the tactical match-ups ahead of it.

Setting The Scene – Two Well Travelled Clubs
This fixture brings back vivid memories of Sheffield United’s glorious march to Championship promotion under Chris Wilder in 2019. During a decisive Easter weekend, the Blades beat Nottingham Forest while Leeds had a crazy home defeat to Wigan on Good Friday, and on Easter Monday, knowing Leeds played later in the day at Brentford, Sheffield United travelled to Hull. These vital end-of-season games often see players wracked with nerves, but Wilder and his men were comfortable 3-0 winners and the anxiety was passed to Leeds, who lost at Brentford and all but conceded automatic promotion.

A lot has happened since that last Blades visit to Hull. Sheffield United finished ninth in their first Premier League season but were relegated the following year, while Hull went down from the Championship the subsequent campaign but then bounced back to win League One at their first attempt. In the past four seasons these two clubs have been together in the same division, one division apart, two divisions apart, and now they’re back together once again.

It’s not been a good start for either side. Hull raced out of the blocks to top the table after a big win at Preston on the opening weekend, but in the subsequent six games they have registered only two points and two goals, leaving the Tigers just outside the bottom three.

Sheffield United stuttered their way through the first four games with one solitary point, but the last three games have seen them pick up five points, including a whopping first win as they hit six against Peterborough.

One To Watch – Jacob Greaves (Hull City)
There seems to be a sliding scale for highly valued Championship players when those rich Premier League clubs come shopping in the second tier. Firstly, they like to sign young players who they can get long-term value out of. Secondly, they like to sign English players, or at the very least those who meet the homegrown rule. Thirdly, they want players with the physicality to survive below the top tier but with the requisite technical ability to thrive further up.

With all of that being said, Hull will be very pleased to be employing 21-year-old, six foot, English, ball-playing left-sided centre-back Jacob Greaves.

Whatever definition you give to the term ‘homegrown’, Greaves will no doubt fit as a local boy who came through at Hull and whose father Mark made 200 appearances for the club. A loan spell in League Two with Cheltenham gave vital experience and in his breakthrough season at Hull, Greaves started 39 times as the Tigers won the League One title.

Surviving in the Championship means spinning many metaphorical plates at once and that means looking after the here and now as well as the future. Greaves is one of those lovely commodities that ticks both boxes as he works towards becoming a viable Championship centre-back. If that sliding scale of desirable qualities sought by Premier League clubs is in any way true, his viability will no doubt make him a highly valued asset sooner rather than later.

One To Watch – Morgan Gibbs-White (Sheffield United)
As the transfer window shut for the summer season, I sensed that Sheffield United fans were a little underwhelmed with their business. The other year-one parachute teams relegated from the Premier League seemed to have added just a little more, and that was coupled with the club’s poor start to the season, as well as longer-term suspicions as to the capability of their ownership.

The Blades seemed to be acting very cautiously – no transfer fees were spent and four loanees came in. Robin Olsen replaced Aaron Ramsdale arriving on loan from Roma and centre-back Ben Davies, a good Championship player at Preston, came in from Liverpool. The other two new players were both on loan last season at losing play-off semi-finalists Swansea: Conor Hourihane and Morgan Gibbs-White.

Hourihane is a known quantity in Championship terms – the past three times he’s been here he’s ended up in the play-off final, twice with Aston Villa and last season with Swansea. The lesser-known player is Gibbs-White, a Wolves youngster and another Steve Cooper contact from his time working for England. Gibbs-White was at Swansea from the start of last season but only made four starts before injury problems meant a recall back to Wolves in January.

Swansea never got to see the best of 21-year-old Gibbs-White and will perhaps look on with some envy at his start for Sheffield United. There was a goal and an assist in the mauling of Peterborough on his debut and the Wolves loanee opened the scoring in the 2-2 draw against Preston in his second appearance. While correlation doesn’t necessarily indicate causation, there may be more than coincidence to Gibbs-White showing up at Bramall Lane and the Blades starting to score goals.

Championship 365 – The only place to find @Benjaminbloom, @secondtierpod and @PNEBenHD all in the same place!

Key Battle – Hull’s Goalless Streak
Normally this segment pits one player against another, but we’re going to go inside the heads of the Hull attackers and make this week’s key battle a psychological one. Earlier in this piece I mentioned Hull’s brilliant opening day away win at Preston, with four goals and three points secured. Central striker Josh Magennis was on the scoresheet and young wideman Keane Lewis-Potter caused havoc with a goal and an assist.

As Hull finished off the opening round with goal number four in stoppage time, I didn’t expect to be sitting here 41 days later reflecting on the fact they haven’t scored a league goal since. The Tigers had home shutouts in defeats to QPR and Derby, a pair of 2-0 away defeats at Fulham and Blackburn, and goalless draws against Swansea and Bournemouth. The last time Hull went six without scoring in the league was over a century ago.

Hopefully for Hull’s sake we can point to some absences through injury, rather than systemic flaws in their play, for the drought. Malik Wilks played on the opening day and returned only two games ago, Ryan Longman has been out with illness, and George Honeyman is yet to play this season. The past five games have seen an expected goals figure of just 2.09 for Hull, with the away game at Swansea the lowest at just 0.11 xG. We’ll find out in the coming games whether the players returning will increase the chances created and if the goals will then start flowing, but the longer the goalless streak goes, the more the pressure builds inside the heads of those blank-firing Hull City players.

The inside view – @HalTheBlade, Co-Host of @sheffunitedway YouTube channel and podcast
‘The Blades are going through something of a transitional period which was always expected following the arrival of Slavisa Jokanovic. The back five has been utilised less and less and we now seem to have settled on a back four. The personnel have changed, seemingly from game to game – just look at the eleven that started the season to what we are playing now – so it’s been a lot of upheaval in a very short space of time.

‘Apart from West Brom away, United have looked fairly good defensively on the road and Hull haven’t scored since the opening day. The Blades will either be resolute in defence once again away from home or commit more errors (as witnessed in both the Peterborough and Preston home games) and allow Hull to score.

‘One player all Blades fan will have an eye on (if he plays) is City striker Tyler Smith, the former Blade, whose brother Kyron Gordon is still at Bramall Lane. It would be fairly typical if he was to open his Tigers account against the club he supports. Most Blades would say Jack Robinson isn’t the answer at the back so a change there could happen and Sander Berge may return to the starting XI after his impressive goalscoring cameo on Tuesday night.’