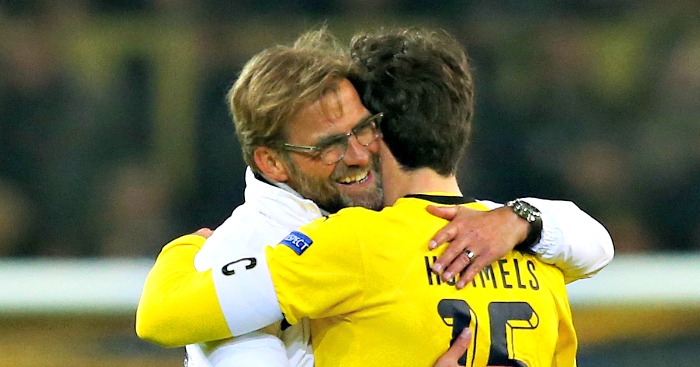 Jurgen Klopp “will get out of this situation” at Liverpool, according to Mats Hummels.

Liverpool have started the season in indifferent form, and they sit seventh in the Premier League table after seven games.

They are yet to win upon their return to the Champions League group stages, and fans have expressed their dissatisfaction at his management.

Hummels, who spent seven years with Klopp at Borussia Dortmund, believes his former boss will turn things around at Anfield.

“I’m following Jurgen Klopp really closely because of the seven years we had when he coached me at Borussia Dortmund,” he told Sky Sports News.

“I was really happy when he had a good start this year, but right now it looks a little tough for him and the club.

“But he and the team will get out of this situation, it’s not too bad but it’s not as good as they wanted it to be.”

Hummels added that Bayern have asked him his opinion on former Dortmund manager Thomas Tuchel, who is in the running for the permanent post.

“Munich talked to me and asked me something, I said my opinion,” he added.

“But I don’t know if he is the most likely candidate for the job, or if there is one or two others. I have no idea.

“I will be as curious as all of us, reading newspapers to see what’s going to happen.”