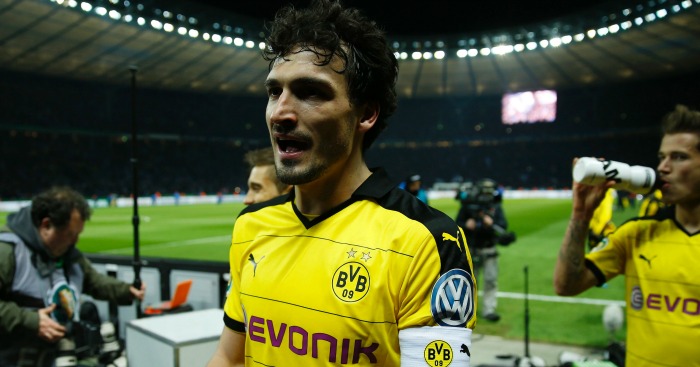 Borussia Dortmund captain Mats Hummels has set a deadline for a decision over his future and the defender admits he is losing sleep over the issue.

Hummels is again being linked with some of Europe’s biggest clubs, including Arsenal and Manchester United, but the Germany centre-half also has the option of extending his stay at Dortmund.

The 27-year-old put aside any distraction to help Dortmund set up a DFB-Pokal final date with Bayern Munich by beating Hertha Berlin 3-0 on Wednesday night.

After the game, though, Hummels admitted his future is weighing on his mind.

“I’ve set a date [for a decision], but I’m keeping it to myself,” he told Sky Deutschland. “It’s costing me half an hour before bed every night.”