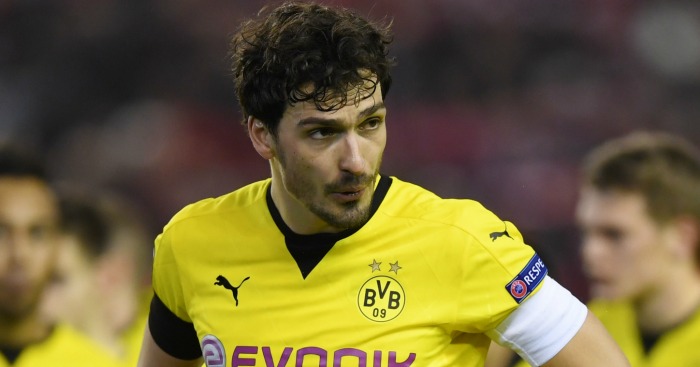 Mats Hummels has told Borussia Dortmund he wants to join Bayern Munich in the summer, ending the prospect of the Germany defender moving to England.

Hummels had been linked with Arsenal, Liverpool, Manchester City and Manchester United but instead wants to follow Robert Lewandowski and Mario Gotze in quitting Dortmund for Bayern.

However, the Bundesliga champions are yet to make an offer for the 27-year-old, who has a year left on his contract at the Westfalenstadion

A Dortmund statement read: “Defender Mats Hummels has told Borussia Dortmund he wants to leave the club in the summer and join league rivals Bayern Munich for next season.

“As a precaution, it is pointed out that with Mats Hummels – as at this time with all other players from Borussia Dortmund – no exit clause has been agreed and the player is thus tied to Borussia Dortmund until June 30, 2017.”

Hummels joined Dortmund in 2009 from Bayern after failing to break into the first team with the Bavarians, having come up through the youth ranks.

He revealed last week the uncertainty over his future was affecting his sleep, saying he faced a “very difficult decision”.

At Dortmund Hummels has won two Bundesliga titles and the DFB-Pokal, while he has received 46 caps for Germany, helping them win the World Cup in 2014.