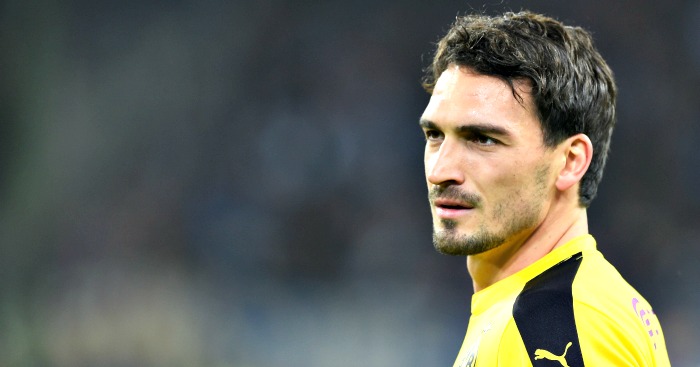 Germany defender Mats Hummels has revealed his reasons for not joining Manchester United.

Hummels, who recently agreed to move to Bayern Munich from rivals Borussia Dortmund on a free transfer, was reportedly a target for the Red Devils in 2014 and again before his return to Bayern.

And the Manchester Evening News report that the defender would have been keen if Manchester United had qualified for the Champions League.

Hummels admits he could have seen himself playing in England but no team grabbed him by offering the “overall package”.

“Fundamentally, England, Spain and Germany were the relevant leagues I could see myself playing football in,” Hummels told Suddeutsche Zeitung. “But at this stage there just was not that one English club where the overall package was fitting.

“The overall package means: a club which fascinates me; a club I have always wanted to join, and where the sporting constellation is right, and which of course plays Champions League football next season.

“And because of the latter one club was ruled out, and you can envision which club that was.”