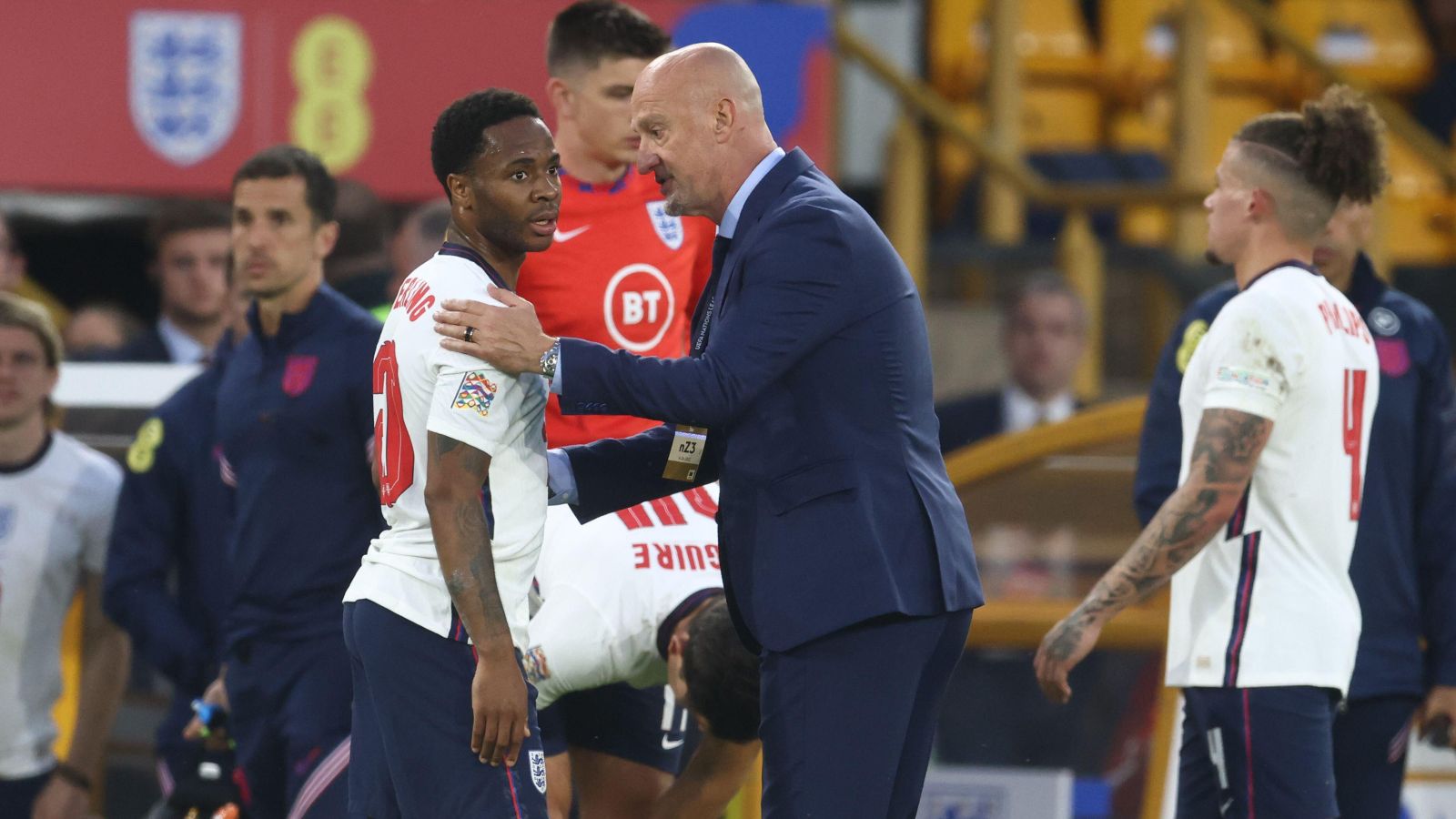 England failed to win any of their UEFA Nations League games in June. They are bottom of Group A3 and they are reeling from an embarrassing 4-0 loss to Hungary.

Rossi’s side also beat England 1-0 earlier this month and this was their first win over The Three Lions in 60 years. Southgate’s men then drew against Germany and Italy.

A winless month ended with some fans chanting “you don’t know what you’re doing” at manager Southgate after England’s heaviest home defeat since 1928.

It was a chastening result just five months ahead of the World Cup but victorious Hungary manager Rossi believes the Three Lions should not get carried away by Tuesday’s disappointment.

“I think also the English press everybody must be aware that sometimes this kind of results could happen,” the Magyars manager said.

“In this match they did a lot. They maintained I think 65 per cent or more of ball possession, they create several options to score some goals.

“I know that losing 4-0 at home to Hungary (is hard to take) not against Brazil or Argentina.

“Even in that case, it would be for the English people it would be the same because losing at home 4-0 is difficult to be accepted by the crowd, by the press, by everybody.

“But I think that Southgate already proved to be a quite good coach. He put together quite a strong team.

“Tonight everything went in the wrong way for them but, still, they are absolutely on the top level.

“They must only follow the track that they were doing until now, were following until now, because I’m convinced they will give to you a lot of joy in the next world championship. I am sure about that.”

We have your first reactions to that absolute sh*t-show. The people are split on Gareth Southgate and how much flak he should take.https://t.co/z2okFx2QsA

This result will live long in the memory for Hungary, whose only previous win away to England was the Mighty Magyars’ famous 6-3 triumph at Wembley in 1953.

This time Roland Sallai’s brace was complemented by Zsolt Nagy and Daniel Gazdag goals at Molineux, where John Stones was controversially sent off late on.

“I think that since the beginning we knew perfectly that coming here and playing against England will be very difficult for us,” Rossi added. “We were aware of the fact that we will have to suffer.

“We suffered a lot, we struggle a lot but we did this all together as a team with huge sacrifice above all.”