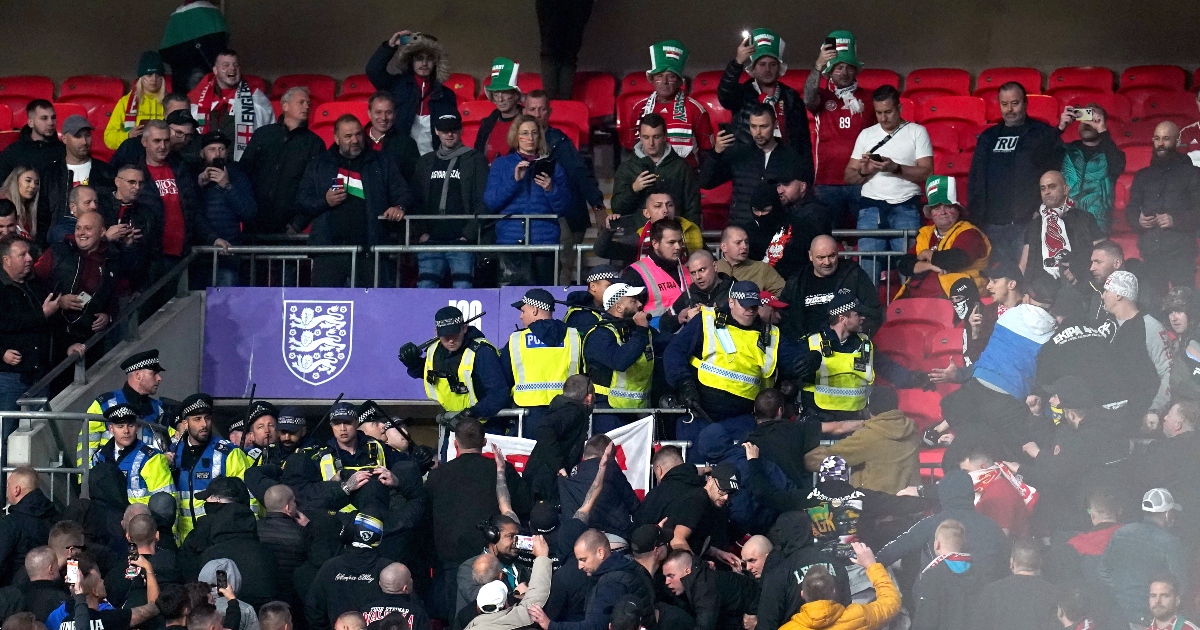 Hungary fans clashed with police at Wembley at the start of Tuesday evening’s World Cup qualifier against England.

Last month’s meeting between the sides in Budapest was marred by monkey chants aimed at Raheem Sterling and Jude Bellingham.

The fanbase was again under scrutiny in London, with the travelling supporters booing as England players took the knee before kick-off.

Clashes then broke out in the away section, with police seemingly using batons in an attempt to control the crowd before appearing to be forced into the concourse.

Police said the “minor disorder” came after officers attempted to arrest a spectator for racially abusing a steward.

“Shortly after the start of the match, officers entered the stand to arrest a spectator for a racially aggravated public order offence in relation to comments directed towards a steward,” read a Metropolitan Police statement.

“As the officers made the arrest, minor disorder broke out involving other spectators.

“Order was quickly restored and there have been no further incidents at this stage.”

The Football Association said it would be investigating the incident, in addition to reporting it to international governing body FIFA.

“We are aware of an incident in the away section during tonight’s FIFA 2022 World Cup qualifier at Wembley Stadium,” read an FA statement.

“We will be investigating and will report the incident to FIFA.”