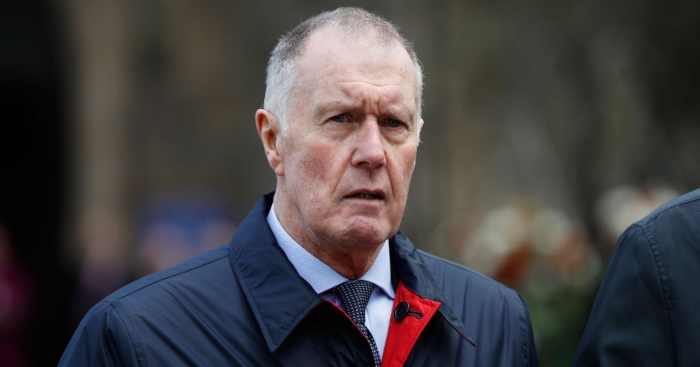 Sir Geoff Hurst said he supports a ban on children heading footballs in the wake of sweeping dementia diagnoses and deaths among his 1966 World Cup-winning teammates.

Sir Bobby Charlton, his brother Jack, Ray Wilson, Martin Peters and Nobby Stiles have all been diagnosed with the disease, and Jack Charlton, Wilson, Peters and Stiles all died over the last two-and-a-half years.

READ MORE: This England needs Jack Grealish in a 4-3-3…

Former England and West Brom striker Jeff Astle died in 2002 aged 59 because of repeated trauma from heading footballs, described by a coroner as an “industrial injury”.

Findings contained in the FIELD study – which was funded jointly by the FA and Professional Footballers’ Association – published last year found footballers were at a significantly heightened risk of developing a range of neurodegenerative diseases compared to the general population.

In an interview with the Daily Mirror, Sir Geoff, 78, said he believes regular heading in matches and training back then contributed to a large number of players from that era ultimately developing Alzheimer’s.

He told the paper: “There seems to be a particular group of people who were suffering. I go back to my practice days at West Ham, we had a ball hanging from the ceiling, we would head it for 20 minutes.

“Then we’d play head tennis in the gym and, in the practice on the field, we’d be practising near post, far post headers, and you could head 20 or 30 balls in the space of half an hour.”

Sir Geoff said a ban on kids heading the ball “would be a very strong and sensible suggestion”.

He added: “I think stopping at that young age, when the brain has not matured, must be looked at. I don’t think it would destroy the enjoyment of kids’ football or grassroots football.”

Sir Geoff also told the paper he would “absolutely” be willing to donate his brain to dementia research after his death.

His comments come as the Football Association said it holds a “clear and unwavering commitment” to battle dementia, after the family of Stiles hit out at a failure to “address the scandal” of the illness in the game.

On Tuesday, the family issued a statement, reported on the BBC Sport website, which said there was “a need for urgent action” and that older players had “largely been forgotten”, with many in ill-health.

“Dementia is a debilitating disease across wider society, which places extraordinary emotional and physical burdens on people living with dementia, their families, and those close to them,” the FA said in a statement.

“The FA has helped to lead the way in ground-breaking research into the links between football and we have a clear and unwavering commitment, both financially and with resource, to support objective, robust and thorough research going forward. This area of work will be a key part of The FA’s 2020-24 Strategy as we recognise the importance of this issue.

“Collaboration across football’s governing bodies is key in order to better understand this important issue collectively, and we firmly believe that all areas of football should come together for this meaningful cause.”

The Stiles family have been approached for further comment.

Meanwhile, current England manager Gareth Southgate has stressed the importance of continuing research into the issue. Asked if heading could be banned in the future, he replied: “Who knows what the future might hold?

“I think it is important, with children’s football especially, we are careful when that (heading) is introduced and the neck muscles have to be strong enough.

“We don’t want any risks taken and there will be ongoing research I am sure – the frustration for everybody is that it isn’t quite clear at the moment so we have to keep investigating.

“I think in terms of what is happening research is continuing and I know that the initial study threw up certain observations and there is a desire to look at other groups who have played in the past and get a better understanding of what the initial studies threw up.”