Home Barcelona ‘I am proud to wear No 10’: Fati plays down shirt number pressure 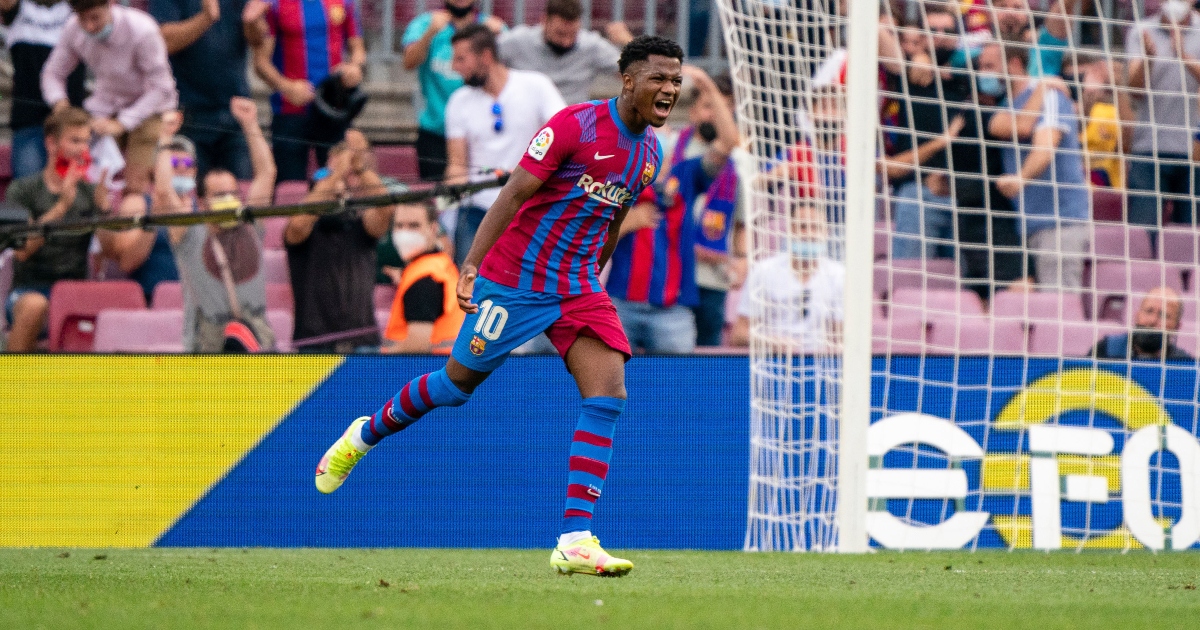 FC Barcelona forward Ansu Fati says he feels “no pressure” in wearing the No 10 shirt at the Nou Camp, after it was vacated by Lionel Messi.

Messi left Barca in the summer after he was unable to sign a new contract due to financial issues at the Catalan club.

They were unable to retire his number as the Spanish FA’s rules require La Liga teams to assign their 25-man squad the numbers 1-25.

As a result, the iconic shirt number was given to La Masia graduate, Fati, who says he is “proud” to wear the jersey.

He said: “It is not a pressure. I am proud to wear the number 10 after Leo. I am happy with the club and captains for the opportunity.”

Fati returned to action on Sunday after ten months out injured, coming off the bench late on against Levante, scoring Barca’s third as they won 3-0.

Speaking after scoring his goal, the teenager said: “I did not imagine a return like this. I am happy for the victory, there is still a long way to go.

“Thanks to the doctors and physios who have been with me.

“I am happy to help the team and for my family who have been suffering these months. I am very grateful to all.”