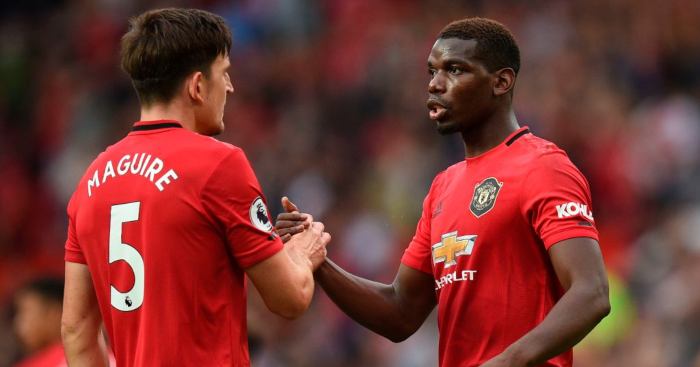 Paul Pogba already has a nickname for Harry Maguire after the defender joined Manchester United from Leicester City last week in an £80m deal.

Maguire produced a man-of-the-match performance on his debut as United hammered Chelsea 4-0 in their opening Premier League match of the season.

Two goals from Marcus Rashford and single strikes from Anthony Martial and another debutant Daniel James secured the win over Frank Lampard’s outfit.

“Honestly, as you saw, he was really impressive. He is a leader. He fit right in with us in training.

“We talked about controlling the defence well and he has a good understanding with Victor [Lindelof]. It was a very good match to start with from the whole team.

“In the first half, we were dominated in terms of chances and possession, but we reacted in the second.

“Our changes enabled us to take over. We were better in possession and in terms of chances.

“We were lucky to have the lead through the penalty in the first half, but after a bad start, we finished the match well. We are satisfied with our performance.”