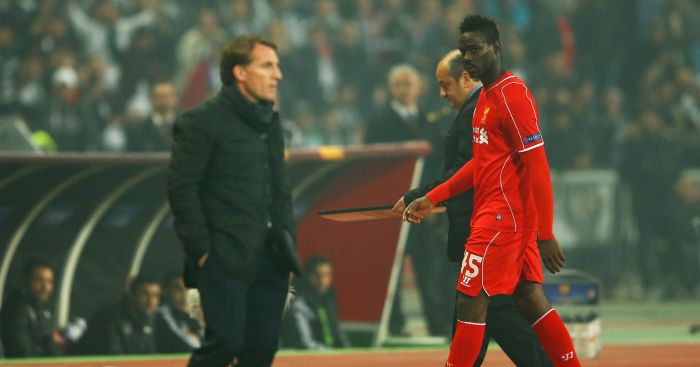 Celtic boss Brendan Rodgers has conceded that he could never properly connect with Nice star Mario Balotelli during their time together at Liverpool.

It was Rodgers that brought the Italian to Anfield in 2014 for £16million from AC Milan but the striker only managed to score four times in 28 appearances for the club.

Rodgers, responding to Balotelli’s comments that in terms of coaches he “had the biggest disappointment with Rodgers,” admitted that their relationship was strained on Merseyside.

“He was probably absolutely spot on,” Rodgers told talkSPORT. “I just couldn’t really connect with Mario.

“He was one that came in very late in the window. It was a gamble taken from a club perspective.

Sadio Mane's hero is a former Liverpool player. Not Stevie G though… https://t.co/MIi5YO5B41

“It was one where, he’s a big talent, he’ll come in and develop, he’s got all the tools. In all fairness, I just find it very difficult to connect with Mario.

“On the field, he tried his best. But yeah, it certainly wasn’t something that worked out as everyone would like.

“If you sit with him in the office, the guy’s a good fella, a good guy. If he could ever match that intensity with his talent, then he’d be one of the best players in the world.

“On the field, it was something that never worked out. That season was difficult for us.

“But now I hope he’s got a club that might be a final chance over in France. But hopefully it can work out for him.”