Home All The News I didn’t mean to injure Mkhitaryan, says Suchy 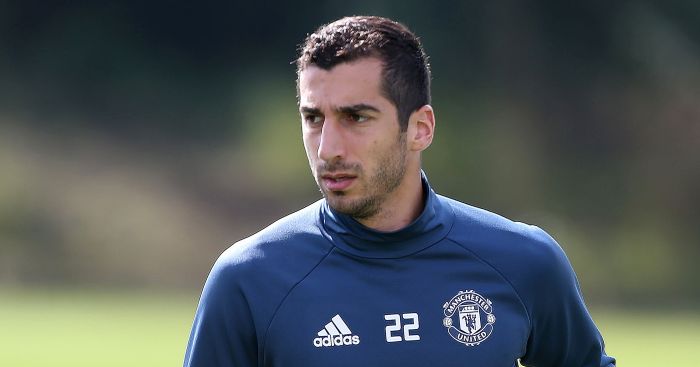 Czech Republic captain Marek Suchy insisted he was not guilty of deliberately injuring Henrikh Mkhitaryan on the day the Armenia playmaker returned to England with a problem that could rule him out of the Manchester derby.

Mkhitaryan will miss his country’s clash with Denmark on Sunday having sustained a thigh injury following a collision with Suchy in a friendly on Wednesday that earned the Czech defender a yellow card.

A statement released by the Armenian FA on Friday said such a problem would “usually require a week to 10 days to heal”, and United’s clash with Manchester City is now only seven days away.

Mkhitaryan suffered the injury when running straight into Suchy after knocking a pass beyond him and looking to sprint in behind, yet the Czech player stressed no blame should lay at his door.

“I think it was not some really hard challenge, he was a fast player and I was just standing there,” Suchy said.

“We hit each other and I hope he will be okay and it will not be so hard for him and he will not miss so many days. This is football and I will not think about it much more.”

Earlier in the day, Mkhitaryan had said on his official Twitter account: “My dear fans, I appreciate much that you worry about me, thank you! I’m now back in Manchester for treatment and hope to be fit very soon!”

While the 27-year-old Armenian will be unable to lead his team at the start of their World Cup qualifying campaign, Suchy will be fine to assume the armband once held by Petr Cech when the Czechs face Northern Ireland in Prague on Sunday.

My dear fans, I appreciate much that you worry about me, thank you! I'm now back in Manchester for treatment and hope to be fit very soon!

Both sides went to the Euros this summer but this weekend’s hosts have undergone more change than their visitors, with their most capped player Cech retiring and old Arsenal colleague Tomas Rosicky, third on the list in all-time appearances, missing from this squad while he considers his international future.

They have a new coach too having failed to make it out of the group in France and Karel Jarolim has already pinpointed what he believes to be Northern Ireland’s assets.

“They definitely have dangerous players, they are dangerous at set-pieces and the centre-backs are great,” he added.

“They score a lot of goals in the air and I think something like 70 percent of their goals come from headers so it is clear they rely on that.

“They are strong on the counter-attack as well and it works for them. We have to be careful with our tackles so we don’t give them a chance in their set-pieces.

“I know (Steven) Davis is the soul of the team and (Kyle) Lafferty is very tall, can keep the ball and is a great player.”