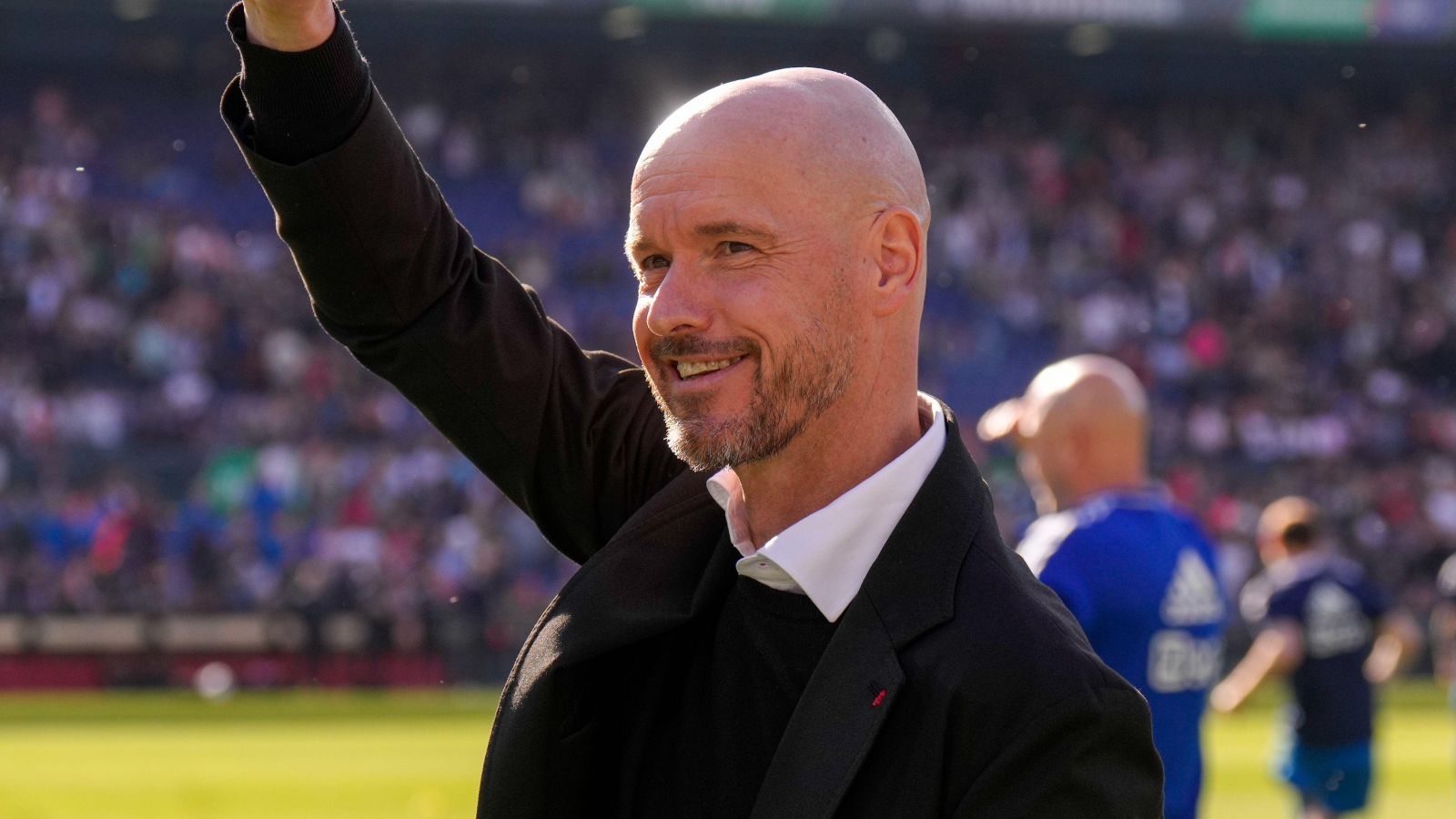 Last week it was reported that Man Utd had ‘reached an agreement in principle’ with Ten Hag.

The 52-year-old has been Ajax’s manager since 2017. He has helped them win the Eredivisie title and the KNVB Cup twice apiece.

Ajax were beaten 2-1 by their Dutch rivals PSV in the final of the KNVB Cup on Sunday night.

When asked post-match about the Man Utd job, Ten Hag said: “I am at the service of Ajax and will answer questions only about that. I am not afraid (to talk about United), but please if you have questions about Ajax or the KNVB Beker I will answer. I will not talk about the future.

He then said: “I think this is the time to end the press conference. I will need 24 hours to recover from this.”

Rangnick was asked about Ten Hag during his press conference on Monday. The German was insistent that United will not be affected by reports linking them with the Ajax boss:

“I don’t know. This is an issue for the club and the board and as soon as there is something to announce then I’m pretty sure the club will make that announcement,” Rangnick said (via Manchester Evening News).

“Right now, that doesn’t affect our preparation for the game tomorrow or the game on Saturday.

“We are fully aware that out of those six games we probably need almost maximum points and you can see even other teams are dropping points.

“This is about being consistent and the team that will finish fourth will be who is most committed to that.”

Man Utd travel to face Liverpool on Tuesday night. Before this game, Rangnick suggested that Jurgen Klopp is “one of the best” managers in the world:

“He is one of the best, if not the best coach. Not only now, but in the last couple of years. It is no coincidence what has happened,” Rangnick said.