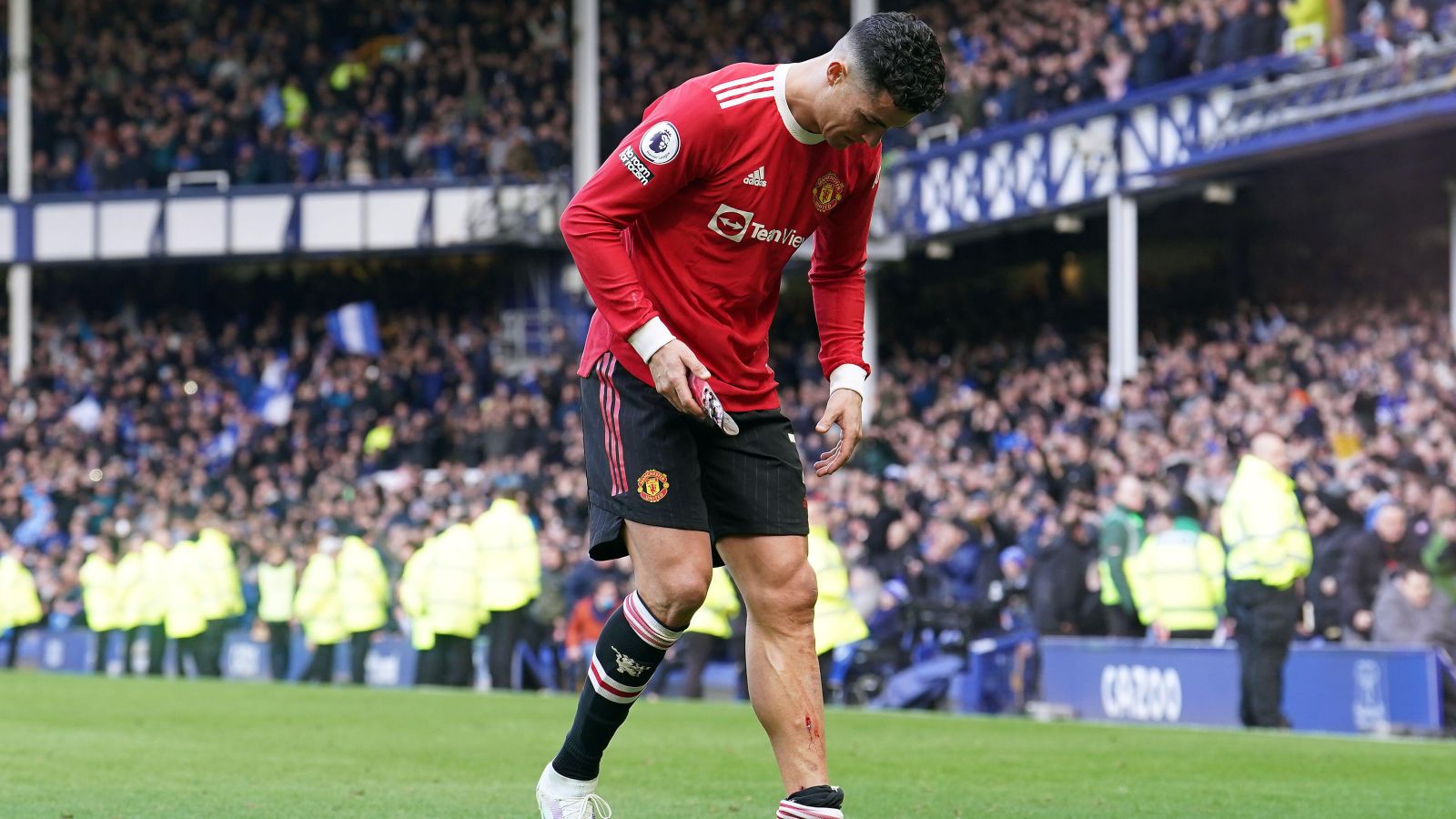 Former Liverpool defender Jose Enrique says he doesn’t “like” Cristiano Ronaldo after the Man Utd star appeared to smash a phone out of a young Everton fan’s hand on Saturday.

The Red Devils fell to a 1-0 defeat against Everton at Goodison Park in another blow to their hopes of qualifying for the Champions League next season.

And Ronaldo couldn’t hide his frustration after the match as footage emerged that appeared to show him knocking a mobile phone out of a young supporter’s hand at Everton.

The Man Utd striker later issued an apology for his “outburst” via social media and invited the supporter to watch a game at Old Trafford “as a sign of fair-play and sportsmanship”.

And, after seeing the footage of the incident, former Liverpool defender Enrique insists that he has never really liked Ronaldo he believes he is a “God”.

“I always said it. Don’t like him he believes [he] is God and can do whatever he wants,” Enrique posted on Twitter.

“That doesn’t take [away] that [he] is been one of the best players in the history of football but as a person [I] don’t like him.”

I always said it. Don’t like him he believe is God and can do whatever he wants. That doesn’t take that is been one of the best players in the history of football but as a person don’t like him pic.twitter.com/6ldv6HsmcU

Meanwhile, the Merseyside Police have launched an investigation into the incident with the force appealing for witnesses after the footage on social media emerged.

A police statement read: “We can confirm that we are liaising with Manchester United Football Club and Everton FC following reports of an alleged assault at the Everton v Manchester United football match at Goodison.

“As players were leaving the pitch at 2.30pm, it was reported that a boy was assaulted by one of the away team as they left the pitch.

“Inquiries are under way and officers are currently working with Everton Football Club to review CCTV footage and are carrying out extensive witness enquiries to establish if an offence has taken place.