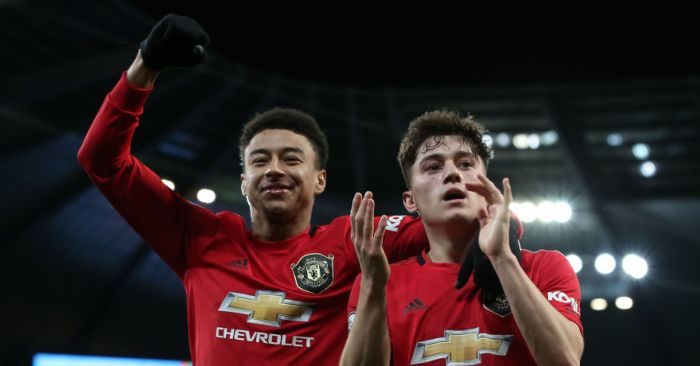 Jesse Lingard says it feels “good to actually be back and feel myself again” as the Manchester United attacking midfielder bids to return to his best.

A key member of the England squad that reached last year’s World Cup semi-finals in Russia, the 26-year-old did not make Gareth Southgate’s last two squads due to a drop off in form and game time.

But Lingard has regained his form and place in Ole Gunnar Solskjaer’s side at a key part of the season.

Fresh from shining in the defeat of Jose Mourinho’s Tottenham – his first Premier League start in two months – he was part of the thrilling United attack that ran amok in Saturday’s shock 2-1 triumph at Manchester City.

Put to Lingard things appear to be going in the right direction, he told the PA news agency: “Yeah, 100 per cent.

“Obviously form dips and you go through highs and lows, but I feel like I am on the right path at the moment.

“I’m training well, I’m doing the right things and the manager is happy, which is the most important thing.

“I’m really confident (about the rest of the season). On the back of those two wins, City and Spurs, the confidence is there.

“Now it’s about mindset and mentality to just keep going.”

Lingard is loving his football but playing for one of the world’s biggest club can bring crushing pressure.

Solskjaer suggested over the weekend that off-field issues had impacted the form of a player he reprimanded over the summer for his use of social media, while the 26-year-old recently admitted he does not read anything online anymore given the vitriol out there.

“I think it might have been mentality with certain people,” Lingard said of the abuse dished out to footballers on social media.

“It can obviously affect certain people, but for us as footballers obviously we’re going to see it and we go through it, but we stay strong, we try and block it out.

“We just want to enjoy football and that’s it.

By focusing on himself rather than the background noise, Lingard is benefiting from returning to the core features that helped transform him from perennial loanee to big-game player for club and country.

“I think it’s doing the right things,” he said. “Sometimes you have to go back to basics and start afresh which I did.

“But at the moment, right now I feel good, feel sharp and can’t wait for the next game.”