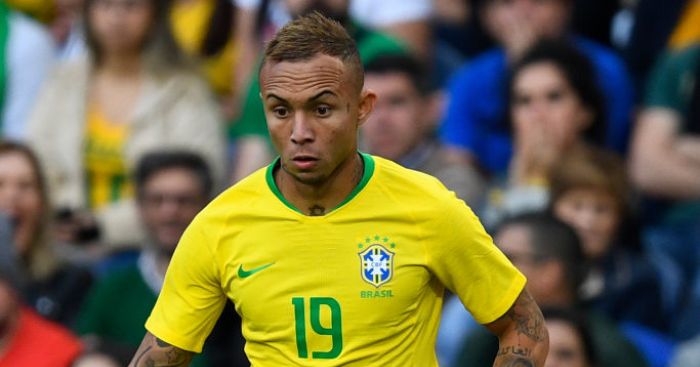 Everton Soares has confirmed that “‘I have an offer” amid reports of interest from Arsenal.

Both GloboEsporte and UOL Esporte claim that the Gunners want to bring in Everton from Gremio.

The forward recently impressed during Brazil’s Copa America win, where he scored three goals and assisted a further two.

Everton netted the opener in the final against Peru, winning the penalty from which Richarlison made it 3-1 in the closing stages.

He will now address his club future, with Arsenal’s appointment of former Brazil general coordinator Edu seen as indicative of their interest.

UOL Esporte say Edu ‘helped to deepen the English report about the player’ upon his arrival, with Arsenal targeting him even before Copa America.

“Right now I have an offer on the plate, but I can’t say the name of the club in question,” Everton himself teased this week.

“Just as I cannot promise that I will be here again on Thursday to play against Bahia. We’ll see.”

His performances there may have increased his value. Gremio are said to be holding out for €40m for the 23-year-old. AC Milan are monitoring developments.