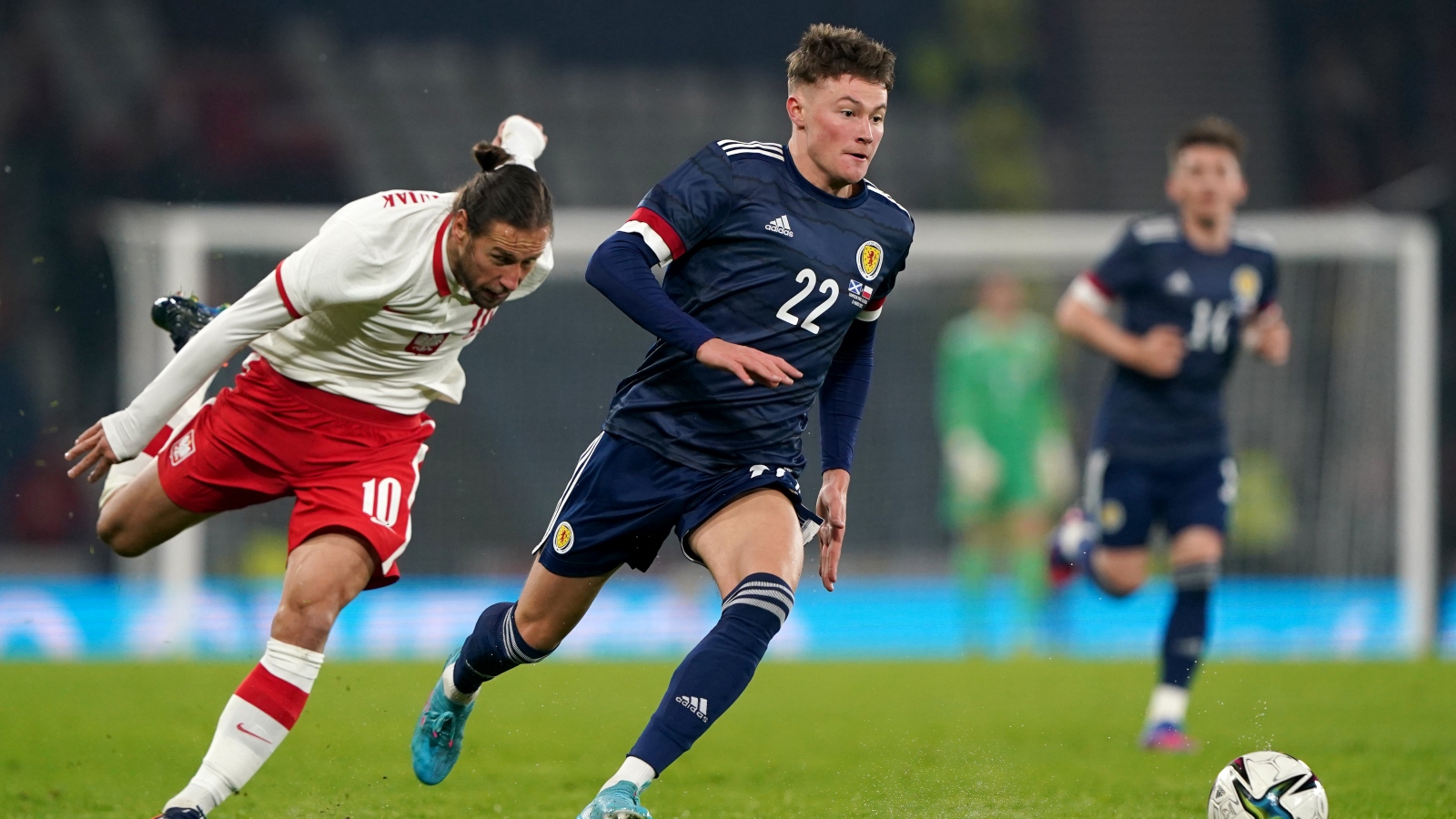 The 20-year-old started at right wing-back as Steve Clarke’s side drew 1-1 at Hampden Park. Patterson impressed before being substituted in the 67th minute.

Since signing for Everton in the January transfer window he has only made one first-team appearance. The defender started against Boreham Wood in an FA Cup tie but was substituted at half-time.

Following the draw against Poland, Patterson said he felt “good” to pick up some game time and responded to a question asking if he hopes Lampard watched his performance.

“It was just good to be back playing again. I’ve been working hard in training to make sure I’m ready,” Patterson told the Daily Record.

“I’m fit so I can go out there and give my best. That’s what I did. I have to make sure that when opportunities come along I show what I can do.

“The manager shows belief in me and that was a great confidence booster. He picks me even when I am not playing at club level and that’s why I always do my best to repay him.

“Do I hope the Everton manager was watching? I hope everyone was watching. I always want people to watch me. It’s all about playing for me – that’s all I want to do.”

Following Germany’s 2-0 win against Israel in which Werner scored, he said that his Chelsea career is not going the ‘way he’d like’.

“I’m a striker and always want to score,” Werner said (quotes via the Daily Mail). “Things aren’t going the way I’d like at Chelsea, so it’s all the better that things are going well here under Hansi Flick.

“I really enjoy playing football, no matter where I’m playing. There are differences in the style of play between football at Chelsea and here.

“Maybe the one at the national team suits me better. Here, I always have scoring chances, I can score goals. I feel very comfortable here.”