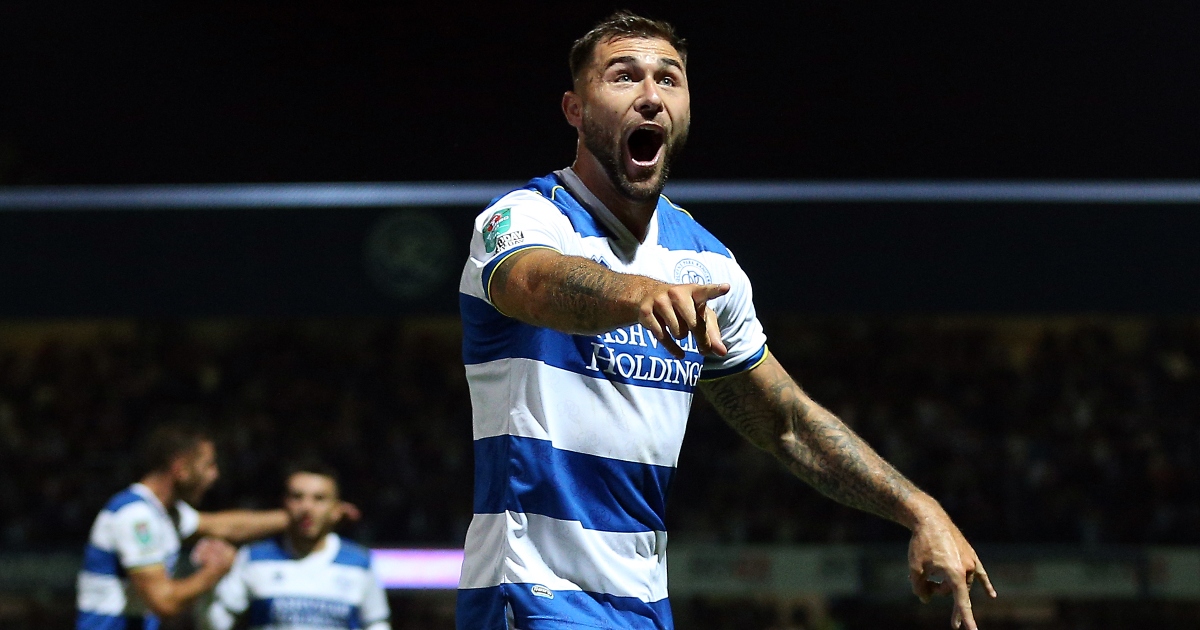 Charlie Austin has revealed a conversation he had with Everton left-back Lucas Digne during QPR’s Carabao Cup clash against the Toffees on Tuesday evening.

The Championship club defeated their top flight opponents 8-7 on penalties after a 2-2 draw in regular time.

Austin scored a brace and was a handful for Everton’s defence all evening. He also converted his penalty in the shoot-out.

And the 33-year-old has revealed that Digne mocked the striker for having no England caps.

“It was just a bit of fun. He gave me a little bit,” he told talkSPORT.

“In the first half he was on about me fouling him and he just turned around and said ‘how many caps you got?’

“I had a little giggle to myself and I didn’t mind it. Then in the second half the ball came over the top and took about six or seven seconds to come down, he went to control it and shinned it out of play.

“I just laughed in his face.”

When asked if he likes to tease opponents, Austin said: “All the time. Just talking rubbish. I just find out what they’re up to tonight, then try and nip in front of them.

The QPR man has also said he is happy to still be in the Carabao Cup, saying the competition is “great for English football”.

“I think so. It’s not all about the top end. The way the League Cup system goes, everyone is involved in it.

“There’s a money tie there for a lower league team. I think it’s great for English football and let’s not change what we’ve got.”

The 30-year-old originally signed for the Merseyside club on a free transfer from Real Madrid in September 2020.

He followed Carlo Ancelotti to Goodison Park and enjoyed a great start to life in England.

However, James was told he was free to leave the Toffees in July when Rafa Benitez was appointed as manager.