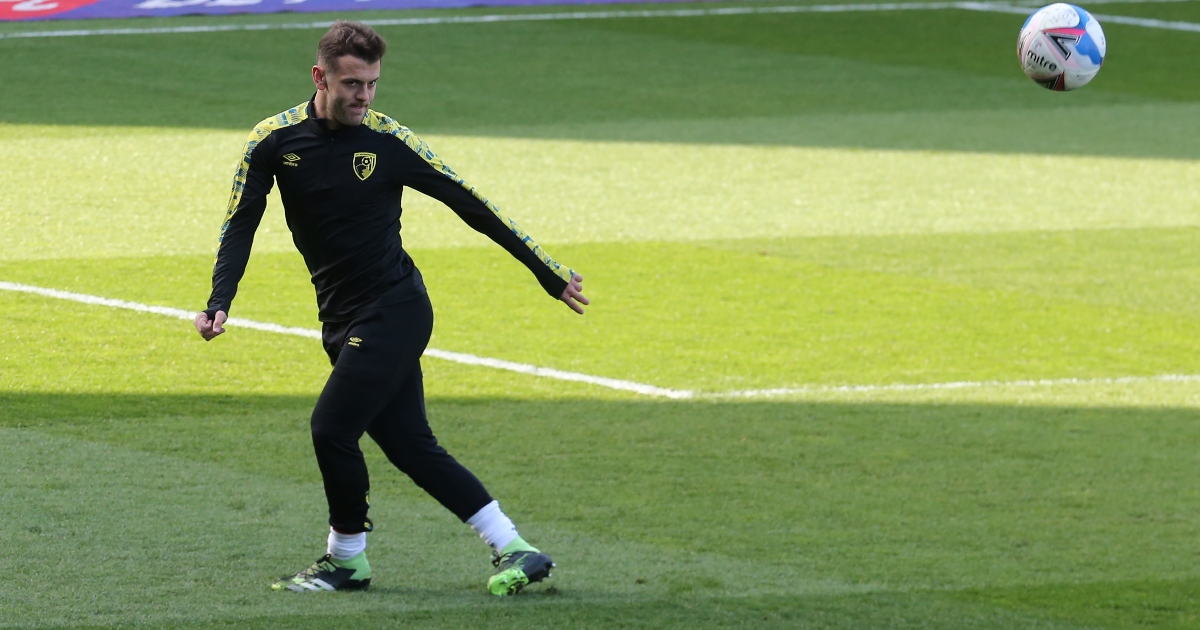 Former Arsenal midfielder Jack Wilshere has opened up on the social media abuse he has suffered during his career.

The 29-year-old is currently without a club after leaving Bournemouth at the end of last season.

He rose to fame at the Gunners as a teenager, but has notably struggled with injuries throughout his time as a professional.

Since his Cherries contract expired he has been unable to find a new club and is eager to get his career back on track.

As the ex-England international broke through at Arsenal, social media was becoming increasingly popular.

Speaking on the Original Penguin X CALM Under The Surface podcast, he said: “When I was younger I let it affect me, but I was one of the first on social media when I first broke in, that’s sort of when Twitter started coming around and you know a lot of people used to say to me at the club ‘what are you doing on there?’, because they didn’t want you on. I didn’t really care, I was playing week in week out before I had any injuries.

“Then when I got injured, people started rumours on there as well, just mad stuff, and then someone retweets it and all of a sudden everyone started believing it! Especially now for young players because everything now is on social media, and I’ve played with players who would come in after a game and that’s the first thing they’re doing, looking on social media.

“You could think that you had a good game, and you did have a good game, but if you read one negative comment, that’s the that sticks in your head.

“People are entitled to their opinion but not being able to go back at them or respond to it. Just having that sort of label that ‘Jack’s injury prone’, ‘he’s picking up his money and that’s it’. All any footballer wants to do is play football.”

As mentioned prior, injuries have plagued Wilshere’s career, and former manager Arsene Wenger has admitted he feels partly responsible for his injury problems.

He said: “I see more positivity. Before there was more kicking and I must say the media allowed that. The VAR has brought more respect for the offensive game.