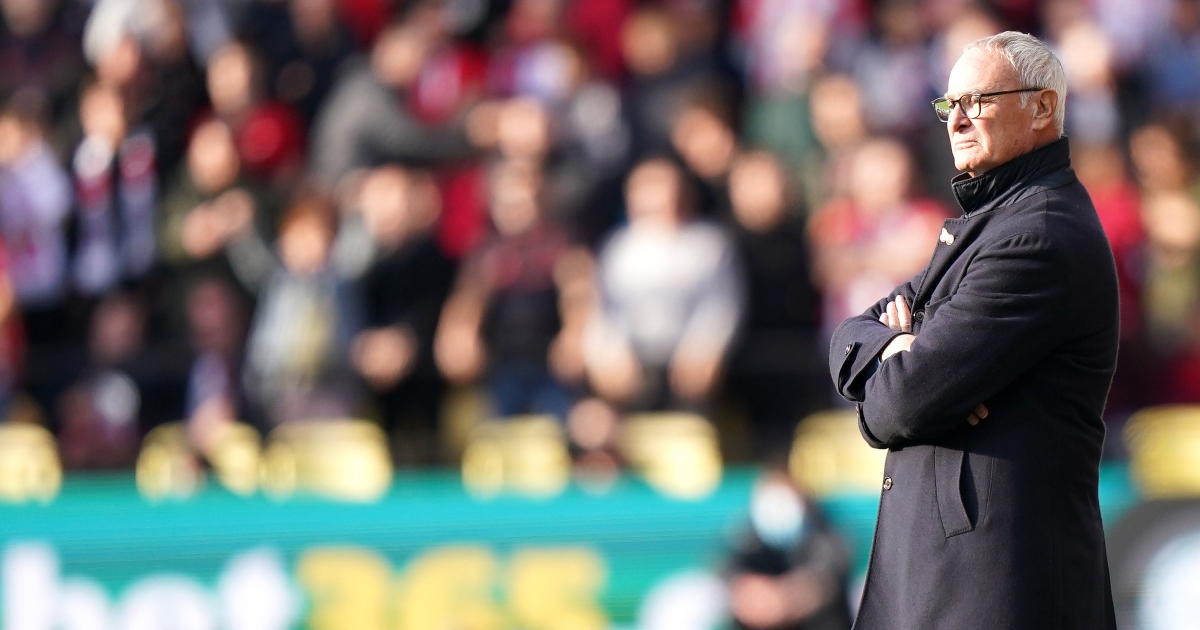 Watford manager Claudio Ranieri has backed forward Emmanuel Dennis to preform as his Watford side travel to Arsenal on Sunday.

The forward has found the net three times in 11 appearances since his arrival from Cologne in the summer.

The 23-year-old missed the 1-0 home defeat to Southampton after picking up five yellow cards so far this season, but will be available again for the short trip to the Emirates.

Why would Ten Hag swap Ajax for the Man Utd dumpster fire?

“He is a very good talented player, he’s fast, good skill, he always goes straight away to the goal, I love these type of players,” Ranieri said.

“Of course I miss him in the Southampton match and I think he can do a very good job against Arsenal.”

Since Ranieri took over, Watford shipped five goals at home to Liverpool only to score five themselves in his second game at Everton the following weekend.

The third game was a less eventful single-goal defeat to Southampton, but it leaves Watford without a home win since their opening game of the season and just three points above the relegation zone.

The manager insisted he needs time to try to attain consistency in what has been a tumultuous start to his tenure in charge at Vicarage Road.

“Of course we have to continue to play so I can understand where we make mistakes and then I can help my players,” he said.

“There are good players but of course now we have to link much better and only some games can do this.

“There is a very good ambiance here in Watford.”

In all three matches since Ranieri was appointed, the Hornets have impressed more in the second half than the first.

“About the Everton match I think also the first half was good because we played how I wanted to play in every situation,” the Italian said.

“We started good, OK we conceded a goal after just a few minutes but we reacted immediately and also when they scored the second goal, we scored again but the match very was very good all the 90 minutes.

“Against Southampton we were not so good first half but the second half was better.

“I know now Sunday we play against a very good team, a very good manager and now we have to do our best to do something good.”