Home All The News I think the referee did fantastic work, says Jose’s assistant 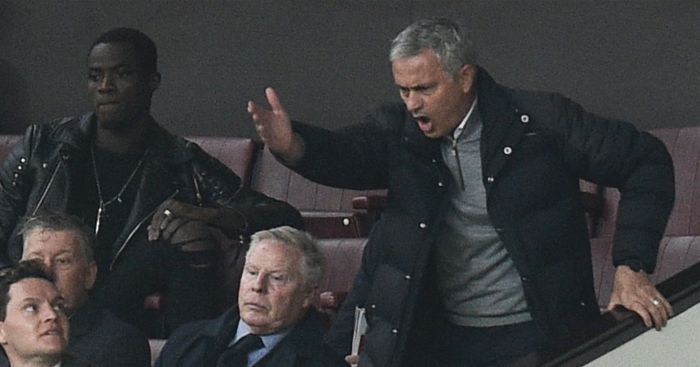 Manchester United assistant manager Rui Faria thought the referee “did fantastic work” during their game against Burnley in which Jose Mourinho was sent to the stands.

Mourinho allowed his frustrations to boil over at half-time when he was still reeling after Jon Flanagan went unpunished for a tackle on Matteo Darmian inside the Burnley penalty area.

The United boss was subsequently sent to the stands and had to watch his side falter to a 0-0 draw despite having 37 shots against the Clarets.

However, Faria, who stepped into Mourinho’s shoes for media duty in the immediate aftermath, was pleased with how the Red Devils dominated the match, even after Ander Herrera was shown a second yellow card in the second-half.

“I think we need to congratulate the boys, it was a fantastic performance. With 11 men we dominated the game, created opportunities, but did not score,” Faria said.

37 – Manchester United's total of 37 shots is their most in a Premier League game since 2003/04 (Opta records began). Frustration.

“Even with 10 men we controlled the game. Our players were fantastic with their belief, attitude and fight.”

On Mourinho being sent to the stands, Faria added:”I don’t know what happened. It is not important what Jose said, what is important is what the referee writes in his report.

“I think the referee did fantastic work. I won’t say more than this.

“The people in the stadium could feel that the players gave everything. We fought until the last second. We have to keep working and things will happen.

“Sometimes you create only a few chances and score them all, others you create lots and don’t score any. This is football.”