Home F365 Says I think we’re a loan now: Is this the future? 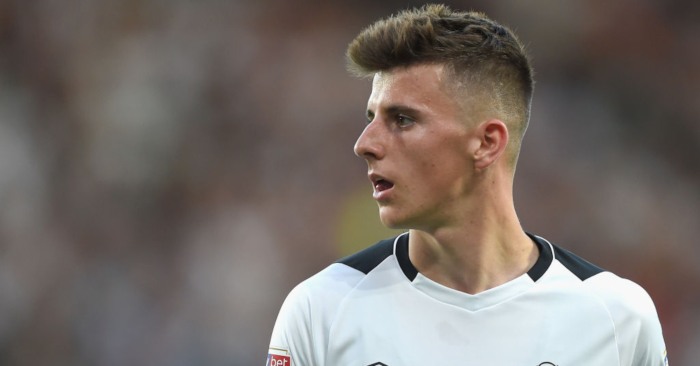 The arrival of Tyrone Mings in January helped to change Aston Villa’s season. Mings has played 17 matches for Villa and lost only three of them. The latest of those defeats was the play-off semi-final second leg at The Hawthorns, where Mings and Axel Tuanzebe gamely kept West Brom at bay. Villa’s winning penalty in the shootout was scored by Tammy Abraham, their top goalscorer. Abraham managed 26 in all competitions; no other Villa player reached double figures.

At Derby County, Fikayo Tomori is the boy that became a man. When each Derby supporters’ club was asked to vote for their Player of the Season to be recognised at the official end-of-season dinner, Tomori was the overwhelming choice. Elsewhere, Harry Wilson was nominated for the Young EFL Player of the Year award. When Derby needed a mini-miracle at Elland Road, Wilson and Mason Mount scored two of their four goals.

All the above share something in common, in case you hadn’t already noticed. There is a fair chance that Monday’s Championship play-off final will be won by players contracted to Premier League clubs. Loanees have never been more crucial in making the difference.

This isn’t something brand new, of course. Aleksandar Mitrovic’s goals in the second half of 2017/18 propelled Fulham to the Premier League, and Slavisa Jokanovic’s side actually suffered after promotion because loan deals for Tomas Kalas, Matt Targett, Sheyi Ojo and Olivier Norwood all ended. Wolves relied upon their relationship with Jorge Mendes to borrow Willy Boly, Ruben Vinagre, Diogo Jota, Benik Afobe and Leo Bonatini in the same season.

But when latest figures suggested some Championship clubs were spending up to 98% of their revenue on wages and risking their financial futures on promotion to the Premier League (and the riches that go with it), you do wonder if the loan market is still a strategy that has not yet been fully explored.

In May 2014, then-FA Chairman Greg Dyke unveiled his four-point plan to boost English football. The most memorable of Dyke’s ideas – immediately lambasted, quickly rejected and eventually dropped – was to accommodate Premier League ‘B’ teams in lower leagues.

The ‘B’ team plan was unsurprisingly viewed as blasphemous to the traditional Football League culture, but another, less controversial idea was for a strategic loan approach between Premier League clubs and those below. Partnerships would be forged to provide greater opportunities for domestic players aged 18 to 21 at time when their minutes were decreasing year on year. In December, Gareth Southgate spoke out after a weekend in which only 4,767 of a possible 19,800 Premier League minutes were played by Englishmen.

At Derby they already have such a partnership, but it was established only by their appointment of former Chelsea players Frank Lampard and Jody Morris as their management team. Having worked with Chelsea’s unprecedentedly successful academy teams, Morris’ assistant manager role at Derby made them the natural home for Chelsea’s most promising academy talent. That’s not to undermine Lampard’s achievements this season in any way, but if Derby knew a managerial appointment might bring two of the best young players in the country it sure would help sweeten the deal.

In the EFL, clubs are permitted to have eight players on loan but can only name a maximum of five in each match-day squad – that’s still almost half a team. Clubs can sign a maximum of four players on loan from any one club, but only two of those can be over 23. EFL rules bar one club having undue managerial influence over another, but loan arrangements would surely not amount to that.

There are already some informal relationships in place. Nottingham Forest sent three players to Mansfield Town this season. Millwall sent two to Havant & Waterlooville. But these usually operate on a geographical basis and involve clubs far lower down the ladder. Even then, a wide diaspora is far more likely. Leeds United sent players out on 30 different loan deals this season, to 30 different clubs.

So why are more Championship clubs not buddying up to those in the top half of the Premier League, when these players have been proven to be the potential difference-makers in the fight for promotion? Why is the Chelsea/Derby model not expanded further, and based not just on the identity of the managerial team but on a mutually beneficial understanding between clubs?

It makes sense for the parent club because their best academy players can play together and develop together, thus forging an understanding which may benefit the club in the long run. It makes sense for the loan clubs because they get a potential leg-up on the cheap. If a Premier League club asks for first refusal on any of your best academy players as part of the arrangement, so be it; you may get them back on loan too.

None of this is particularly romantic, of course. At a time when English – and European – football is becoming increasingly subservient to the richest and biggest, Championship clubs actively chasing that subservience will be unpleasant to some. It is a step towards ‘B’ teams by proxy, and there will be concerns over potential opportunities for academy graduates at Championship clubs.

But that’s hardly stopped anyone before. The race for promotion has never been more important financially and the desperation never more fevered. Rather than spending eight-figure sums on permanent signings, placing the economic future of the club at risk, smarter Championship teams might spend the summer in meetings with top-flight clubs in which they work out how to scratch each other’s backs. It might be the difference between promotion and consolidation, success and failure.