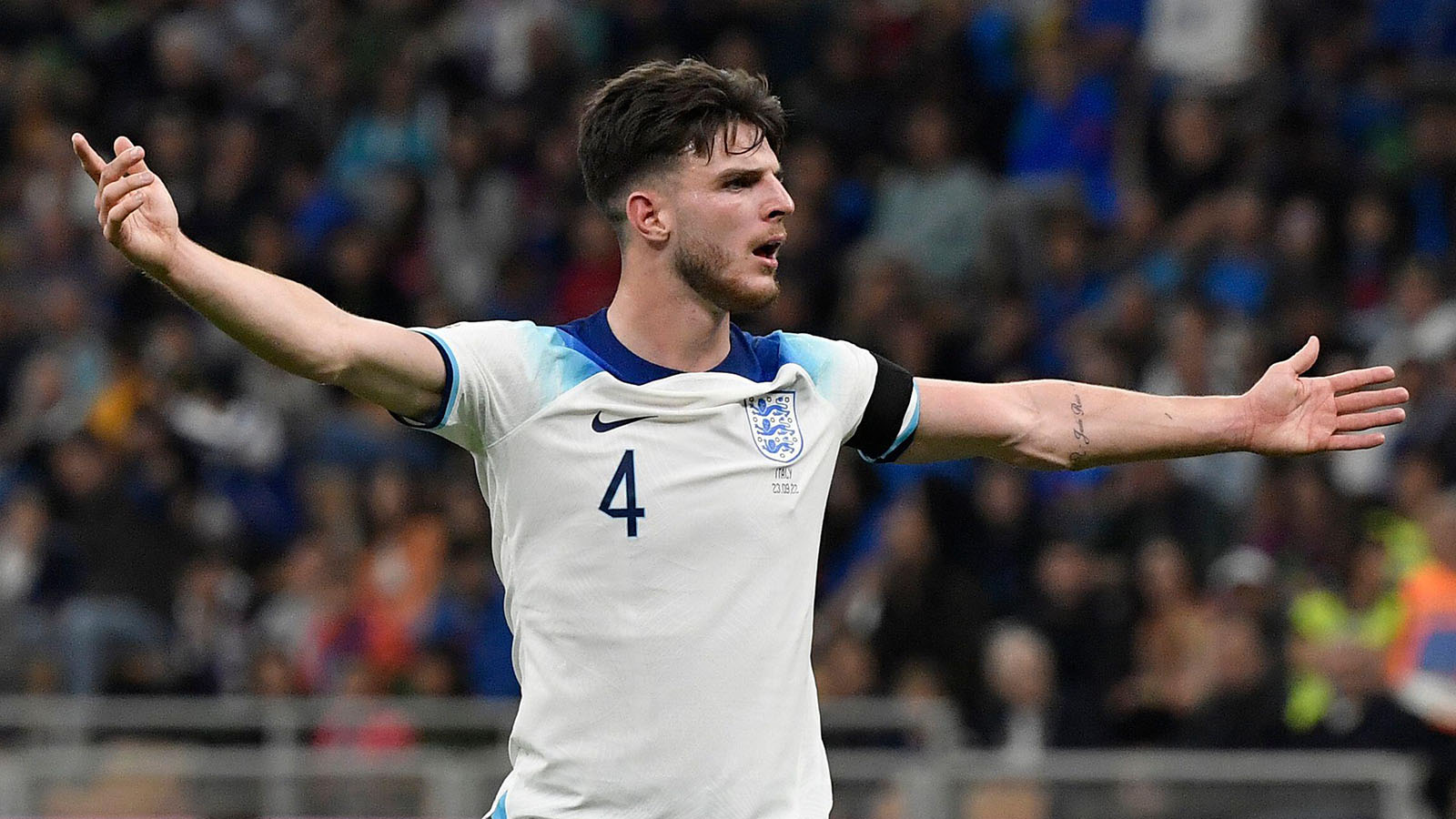 England have been relegated from their Nations League group after losing against Italy, but Declan Rice doesn’t think it’s all doom and gloom.

Gareth Southgate’s side knew they needed a result against Italy to maintain their place in League A, but they ultimately fell to a 1-0 defeat.

England are now on a five-game winless run which isn’t the ideal way to be going into the World Cup later this year.

Despite England’s recent struggles, Rice has remained positive with the direction England are heading in.

Rice told Channel 4: “It’s obviously disappointing. Every tournament we go in, we want to win the group and progress and win every game. We’ve slipped below our standards.

“I didn’t think it was all bad tonight, one chance for them, one goal.

“I thought we controlled the game.”

Southgate’s side did see more of the ball with 56% possession, but that was without really crafting out many clear-cut opportunities.

Giacomo Raspadori’s second half strike was the difference between the two sides and was enough to relegate England from their group.

With the World Cup soon right around the corner, alarm bells have started ringing over England’s recent performances, but Rice is keeping a cool head.

He added: “We’ve passed around well, especially in the first half, just lacked that cutting edge in the end.

“It’s coming. Much better performances than there were in the summer.

“It’s not that we’re not creating the chances.

“So many times, we got into the penalty box. Even myself, I could have had a shot, instead of laying it off.

“I see it in training, there’s goals for fun. Trust me, we’re gonna be good.”

England will only have one more match to play before they head to the World Cup in Qatar.

On Monday Southgate’s side will face Germany and he will get his last chance to assess the squad before he makes his final 26-man squad.

Some question marks were raised over Southgate’s most recent selection, particularly the omissions of James Maddison and Jadon Sancho.

Despite the disappointing run of results, Southgate is maintaining a cool head.

The England manager told Channel 4: “I personally thought the performance is a step in the right direction. I completely understand because of the result that is not going to be the reaction.

“It’s a spell where ultimately results are going to be the thing that everyone reacts to but I thought there were a lot of positives for us as a team tonight.”

The pressure will continue to mount on Southgate though unless he is able to turn around this bad run of form.