Home All The News ‘I was shaking’: Coady reveals emotions at England call-up 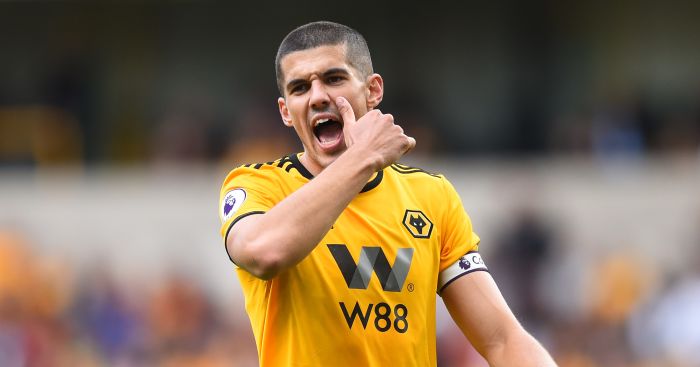 Conor Coady has revealed his family thought his wife was pregnant when he told them he had exciting news following his maiden England call-up.

The Wolves defender was added to Gareth Southgate’s squad for the upcoming Nations League matches against Iceland and Denmark on Saturday evening.

Coady, 27, has been an ever-present for Wolves in their two seasons back in the Premier League and there have been calls for him to make his way into the Three Lions set-up for some time.

His chance has now arrived having not represented his country since under-20s level.

However, the former Liverpool youngster told of the confusion his call-up caused when he decided to tell his parents.

“I rang my mum and dad straight away,” he said.

“Me and my wife were on the call and we actually said to them, ‘We’ve got a bit of news for you…’

“I had my arm round my wife and my mum and dad said, ‘Oh, Amie is not pregnant again is she?’. That’s why they thought I called at the time. I said: ‘No’. I’ve got three boys already.

“They got upset my mum and dad, because honestly I think every player will tell you to come here (to St George’s Park) is a real special feeling.”

Even Coady’s call from England boss Gareth Southgate informing him of his inclusion was interrupted by his young family.

“I was actually taking my little boy round to his friend’s on our estate,” the Wolves captain added.

“We have got like a pond in the middle of our estate. I was taking my little boy there and my phone was going off in my pocket.

“It was one of them where you think, ‘I will ring them back when I get home’.

“I got the phone out and I had a text saying, Gareth Southgate is trying to ring you. I picked the boys up and ran back to my house and my missus.

“I ran back to the house and said to my wife that Gareth Southgate was trying to ring me, so she got all excited.

“I rang the number back and honestly it was a phone call I will never forget for the rest of my life.

“It was incredible. I was shaking. It was an honour to receive it. It is something I will remember for the rest of my life.”