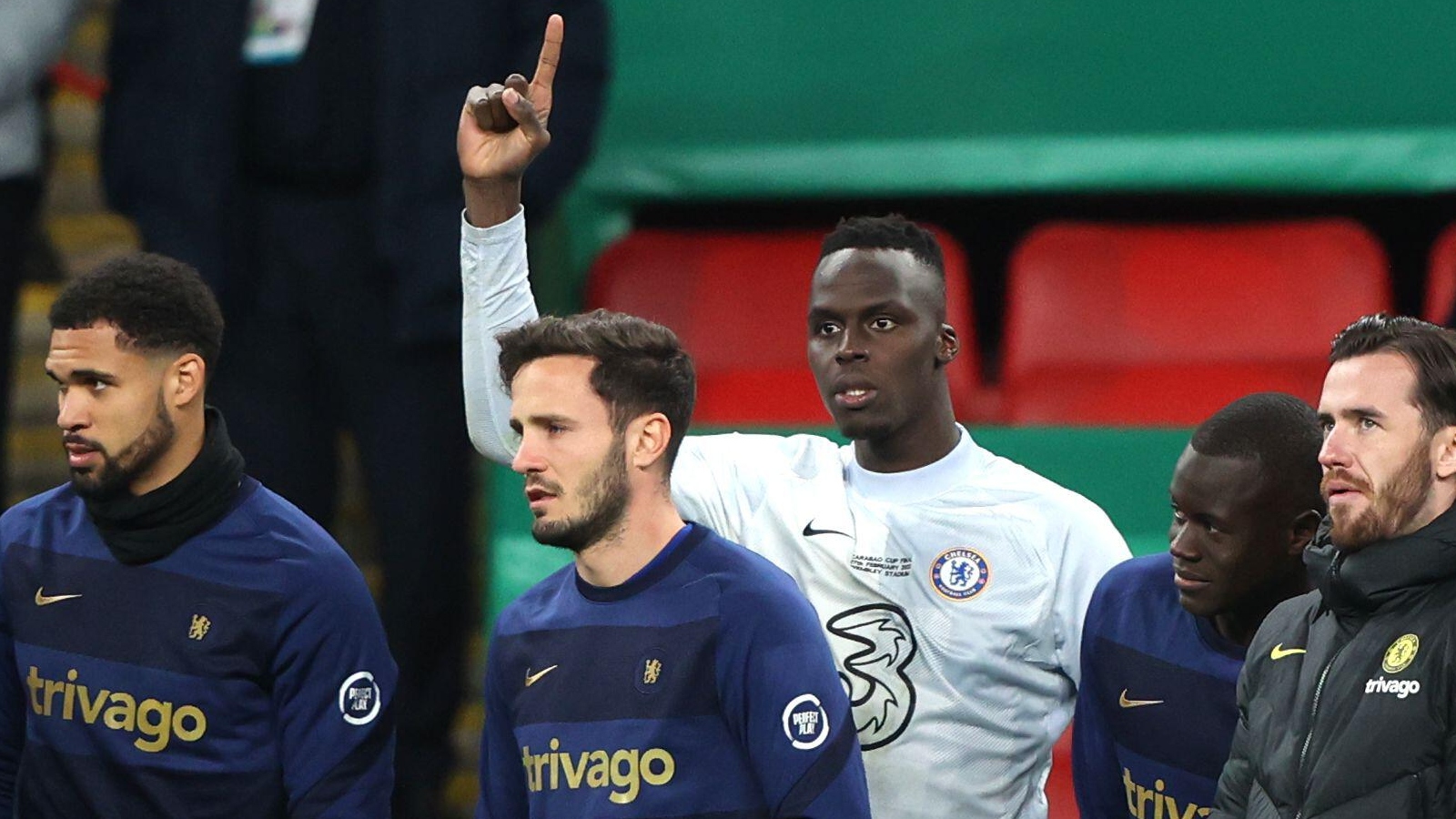 Chelsea goalkeeper Édouard Mendy has spoken about his experience at the club of late amid speculation that he is yet to renew his contract.

Mendy has found himself dropping down the pecking order at Chelsea since the arrival of new manager Graham Potter, with the former Brighton boss preferring Kepa Arrizabalaga between the sticks.

The stopper is currently preparing with his national side Senegal before their opening World Cup match, but has had time to discuss his current Chelsea situation.

Speaking to Wettbasis, he had this to say.

“The season is still very long. Recently I got a few games again. One thing is certain: I will continue to give it my all in the hope of getting more playing time again.”

Mendy’s form has not been the same since he returned from the African Cup of Nations – a competition he won with Senegal.

And, despite lifiting three trophies during his time in West London, Mendy still places that AFCON victory above the rest.

“To be honest, the AFCON triumph gave me ten times more goosebumps that Porto in May 2021. That’s a fact.

“Possibly the Covid situation also played a role because in the Champions League back then no fans were allowed and we weren’t even allowed to party with our supporters in the streets of London.”

Mendy also discussed his relationship with Thomas Tuchel, speaking highly of his former manager under whom he had his best spell as the Chelsea No. 1.

“I will always remember Thomas Tuchel very positively,” he said.

“The time with the Blues was super awesome with him. He has always given the maximum for his players and strived for the maximum. He could identify 1000% with his task.

“He was always straightforward, honest and loyal to his players. I really enjoyed my time with him. He came with his own ideas, his own game philosophy and it immediately suited our squad. Just four months after succeeding Frank Lampard, Chelsea have won the Champions League. That was sensational.”

In terms of contract talks, Mendy’s bargaining power has somewhat diminished since the time of Tuchel.

His current contract at Chelsea expires in 2025, but the 30-year-old is yet to pen an extension after he rejected an initial offer from the club back in September.

Both Mount and Mendy will be putting thoughts of their club futures to one side as they focus all their efforts into turning out a good performance in the World Cup for their respective nations.

Mendy’s role in the Senegal squad has become increasingly critical since it was announced earlier today that the national side are to be without talisman Sadio Mané for the duration of the competition.

Read More: The World Cup and boycotts have a lengthier history than you might imagine