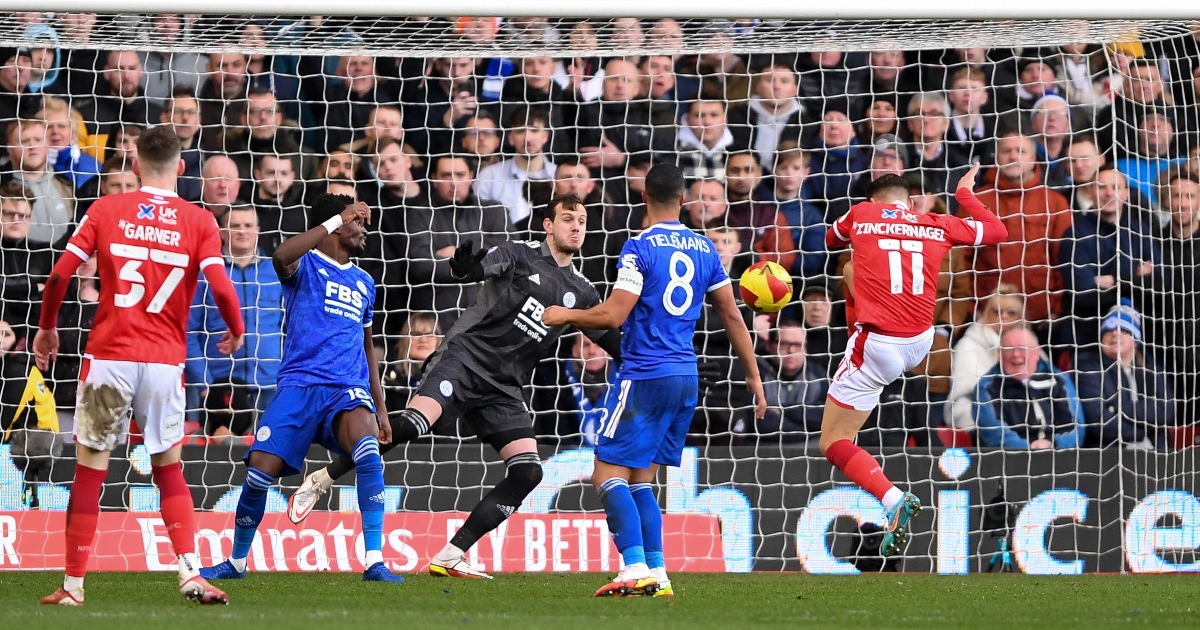 Mark Lawrenson and Paul Merson have both predicted a 3-0 Liverpool win when they welcome Leicester City to Anfield on Thursday.

Leicester were a shoo-in for a top-four finish last term before a poor run of form to close out the season saw them finish fifth in the Premier League.

The Foxes are not enduring a great 2021/22 campaign either; they are currently tenth in the league and crashed out of the Europa League after finishing third in their group.

Sunday’s 4-1 loss at Nottingham Forest in the FA Cup compounded the misery on Brendan Rodgers and his side, almost nine months after winning the competition.

It doesn’t get much better for Leicester, who take on Liverpool at Anfield on Thursday evening.

And former players Lawrenson and Merson are in agreement that the Foxes will struggle against Jurgen Klopp’s Reds.

“Leicester were abject against Nottingham Forest, and the last thing they probably need now is a trip to Anfield,” Lawrenson told BBC Sport (all quotes via the Leicester Mercury).

“It’s hard to be positive about them at the moment.

“Reds boss Jurgen Klopp should have Sadio Mane and Mohamed Salah back from African Cup of Nations by Thursday and at least one of them should start this game.

“Leicester beat Liverpool after Christmas but they had a fit and firing Jamie Vardy then. Without him, and with the way the Foxes are defending right now, I don’t see a repeat of that result.”

Ex-Arsenal midfielder Merson added: “Leicester City are FA Cup holders. They have absolutely nothing else to play for all season.

“I couldn’t believe I was watching – they lost to their local rivals. Nottingham Forest outplayed them in the FA Cup, and I think it was the biggest shock of the weekend.

“Leicester are not getting relegated – of course they’re not. Their season has started to fizzle out, however, and I worry for them. I don’t see anything but a Liverpool win here.”