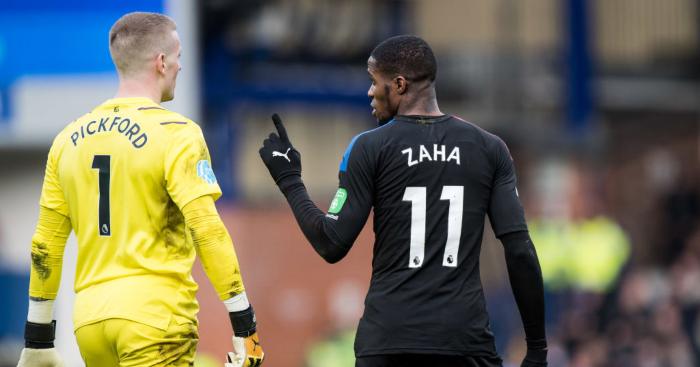 Ian Wright has questioned how hard Jordan Pickford has been working to improve his goalkeeping in Everton training after making a mistake in their 3-1 victory over Crystal Palace.

Gary Neville criticised him back in September for laughing when 3-1 down to Manchester City, while plenty have been quick to scrutinise Pickford over other perceived failings.

And Pickford responded over the weekend to Neville and other critics after he was again picked out for his error in Everton’s 3-1 victory over Crystal Palace at the weekend.

“Who’s speaking to him,” Wright said on BBC Radio 5 Live.

“The way he has come out and said that it just seems as though he’s deflecting rather than actually listening to what people are saying.

“How hard is he working in training in respects of his goalkeeping?

“How come he didn’t try to save that [Benteke goal] with his feet? It is a worry [his comment] It’s a worry!

“He seems to be angry and being very defensive and having a go back rather than trying to embrace the fact that ‘I’m still learning. That I am at a big club that’s going places. That’s I am still making mistakes and learning. I’m still England’s number one and going to get better’.

“That’s how you make people say ‘okay, I am going to see how he gets on from here’. But you’re not hearing that from him.”