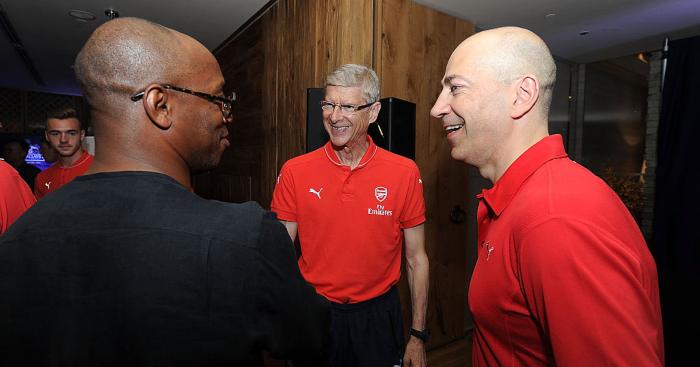 Ian Wright claims Arsene Wenger made his players the “best you could be” during his time at Arsenal.

Wenger is widely credited for revolutionising certain aspects of the game in England – such as nutrition – while also being a successful manager and winning three Premier League titles and seven FA Cups at Arsenal.

When picking his top ten managers in the Premier League era on the Match of the Day podcast, Wright recalled: “I remember when he did his first interview and it’s the first time anybody’s ever seen him, especially us.

“He had these massive glasses on, this oversized jacket – he looked like a professor, a teacher.

“We used to have vitamin injections directly into our arm – it’s not suspect! It was basically stuff everyone knows today, like vitamin C, B12, omega 3. He was so far ahead of his time.

“Wenger took you to a place where you had to be literally the best you could be, and that’s what he did with us.”