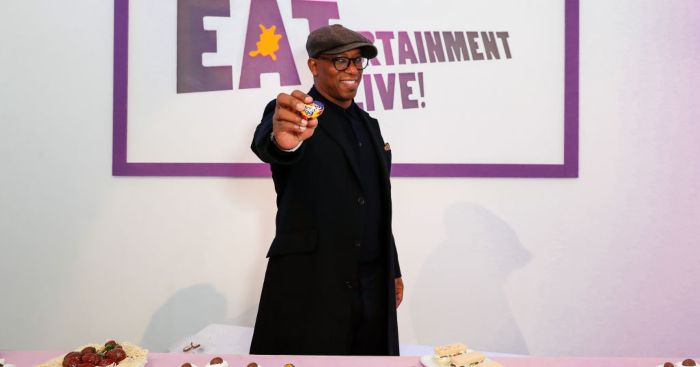 Ian Wright thinks Eddie Nketiah has an opportunity to play regularly for Arsenal but he “needs to get angry” first.

Despite Alexandre Lacazette’s poor performances this season, Mikel Arteta continues to persist with the Frenchman as the Gunners’ main striker.

Lacazette, who was linked with a move away from Arsenal in the summer, has scored three goals this season in all competitions, while Nketiah has also scored three.

And Wright thinks it could be Nketiah’s chance to seize a place in the starting XI on a regular basis.

“Reiss Nelson… what’s gonna happen with Reiss Nelson? You have to be worried about Reiss and, to a certain extent, Eddie as well,” Wright told Ringer FC’s ‘Wrighty’s House’ podcast.

“We talked about Laca and people are talking about Laca’s got to be taken out. Maybe for just for himself, just to have a rest.

“Eddie now should be looking at what Laca does, why Laca’s in the team, why Laca’s being picked over him even though he’s not scoring. And he’s got to start learning about the progression of himself.

“Because by now, with the goals that we know he’s capable of scoring because he can get in the box and he can finish, he should be adding those other things to his game to be putting a bit more pressure on Laca, with all due respect to Laca.

“He should have forced himself by now, especially with Laca. If he had gone on loan at the start of the season and Laca’s in the form he’s in, people would probably be saying, ‘What did you sent Eddie out on loan for? He should be there!’.

“The fact is, if I had to speak to Eddie, I’d be saying, ‘Listen, I don’t know if you’ve recognised it but your opportunity is right now. As a No.9 if you want to play that role, it’s now’.

“Because you’ve got a No.9 at the moment who has low confidence, he brings so much to the team, but at the same time, if the manager has somebody that is a goal threat and doing that pretty well, he’d probably play you. He needs to get angry.”