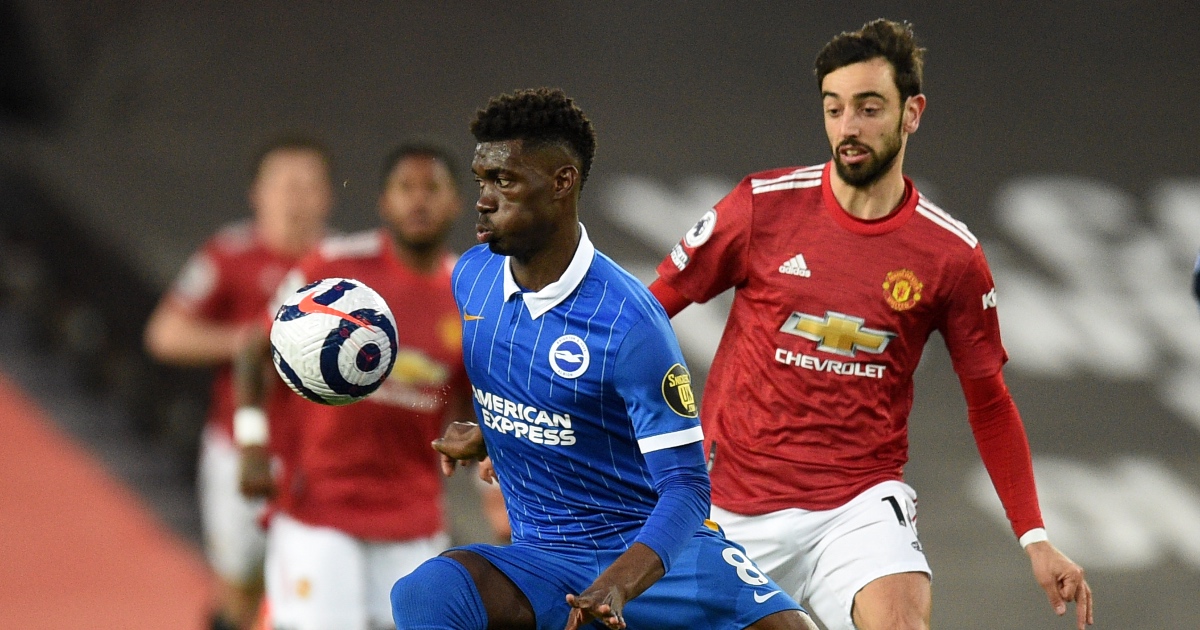 The midfielder has caught the attention of Europe’s top clubs with his impressive displays this season.

He’s also been linked with Arsenal and the Gunners were at one point leading the race for his signature.

But Wright thinks Old Trafford would be the best destination for the 24-year-old.

Speaking on his podcast, the Arsenal legend said: “Bissouma’s making it clear now he wants to leave.

“You look at Bissouma, and he’s looking at Liverpool, we know that Liverpool have had their problems this season and you’ve got to choose between Liverpool and Man Utd in the current climate.

“I’m probably going to go with United. At the moment, yeah, because if we didn’t have the pandemic there’s certain things that’s going to happen where someone gets sold so they can finance [another signing].

“And what’s going on at Liverpool, there’s a lot of players getting into that 30 age bracket – Van Dijk, Henderson, the three guys up front.

“You think to yourself, ‘yeah Liverpool are magnificent with what they’ve done these last couple of years’. But you look at United and what United are on the cusp of doing, it’s a much more attractive proposition right now, much more.

“And I’m not being disrespectful to Liverpool, but it seems to me at Liverpool… where’s the funding?

“You’ve got three unbelievable players [Mo Salah, Sadio Mane and Roberto Firmino] who are getting to a stage of their career where they’re like, ‘can I go to Real Madrid?’… no, it’s not looking as attractive, with all due respect to Liverpool.”

Bissouma is expected to cost between £30million and £40million and could be an ideal replacement for Gini Wijnaldum in Liverpool’s midfield.

But Ole Gunnar Solskjaer will also see him as a potential partner for Scott McTominay, making a summer transfer race likely.