Home All The News Wrighty ’embarrassed’ after baffling Foden substitution 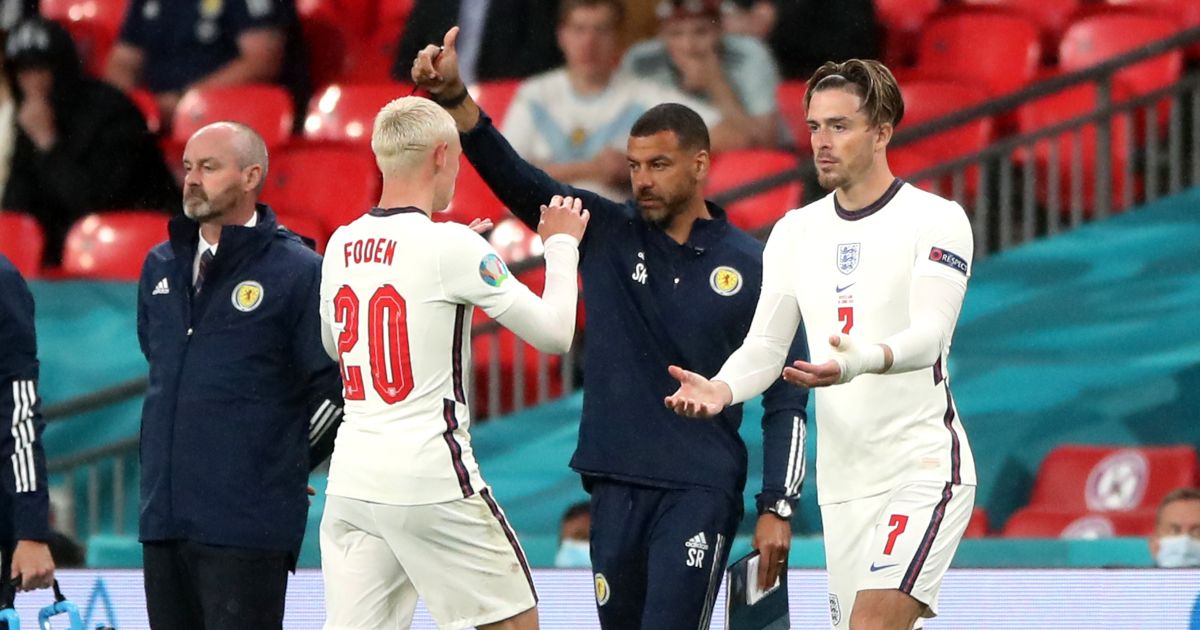 Ian Wright declared himself ’embarrassed’ by England’s performance against Scotland while asking: “What’s he taken Foden off for?”

Phil Foden was substituted after 62 minutes of the 0-0 draw despite being one of England’s rare bright sparks in a poor performance. He made way for Jack Grealish while Harry Kane and Raheem Sterling remained on the pitch.

Wright said: “I think it’s plain to see that he (Kane) doesn’t look at his best, let’s be fair. You look at the chances created, Reece James coming into the team, one of the best crossers from his position but hardly any crosses. Not enough balls into the last third for people to play.

“What’s he taken Foden off for? There’s no way Phil Foden should be leaving the pitch today. It’s very disappointing to see.

“You’ve got someone like Jadon Sancho on the bench, 16 goals and 20 assists doesn’t even get on when we need to create.

“We can talk about Harry Kane and the chances he could have had or how many touches he didn’t have, but at the same time did we really create enough?

“We are supposed to be a team that’s one of the favourites to win but I was embarrassed today.”

Kane faced the cameras after the game and said: “Credit to Scotland, they created a few chances themselves.

“It wasn’t our best performance but we dust ourselves down and look forward to the next game.

“[Surprised to be subbed?] No, it’s part of the game. The manager will make decisions best for the team.

“Sometimes you just have to take it for what it is. We have another big game in a few days.

“It was a tough game. Scotland defended really well, made great blocks at the right time.

“That’s football. No game is going to be easy. We have a big game against the Czechs in a few days.

“Obviously we want to finish top. We’re one step closer to qualifying and that’s what we want to do at the moment.”